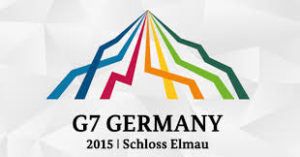 CEOs of the some of the world’s major pension funds, including California’s CalSTRS and CalPERS, and the UK’s Universities Superannuation Scheme, have joined over 100 CEO’s managing $12trn (€10.9trn) in assets to urge G7 finance ministers to back long-term emissions reduction goals in Paris in December.

The diverse group of CEOs ranging from charities, asset managers and churches, have written an open letter ahead of a meeting of G7 finance ministers on Wednesday in Dresden, Germany. The G7 comprises Canada, France, Germany, Italy, Japan, the UK and the US (Russia is suspended).

In the letter the 120 CEOs call on G7 finance ministers to support short to medium-term national emissions pledges and country level action plans in the international climate agreement due to be sealed in Paris in December.

The letter says that “climate change is one of the biggest systemic risks” faced by investors and that with the “right market signals from policy makers, investment in low-carbon and climate resilient opportunities can flow.” The letter calls an ambitious agreement in Paris a “critical first step” to limiting the average global temperature increase to 2°C.

The letter was coordinated by the Institutional Investors Group on Climate Change (IIGCC) in Europe, Ceres’ Investor Network on Climate Risk (INCR) in North America, the Investor Group on Climate Change (IGCC) in Australia/New Zealand, ASrIA’s Asia Investor Group on Climate Change (AIGCC) and the Principles for Responsible Investment (PRI).Anne Stausboll, CEO of CalPERS, said: “Along with 119 other investors with assets over $12trn, CalPERS calls on finance ministers worldwide to support a meaningful agreement at the upcoming Paris meeting. We believe that a long-term emissions reduction goal, carbon pricing, and strong national-level plans are critical to send clear market signals. A global agreement in Paris will provide clarity for investors and advance the shift to a low carbon economy.”

“Finance ministers have a critical role to play.”

Philippe Desfossés, CEO of ERAFP, the pension fund for French civil servants, added: “The world needs $53trn (€48.5trn) of energy investment by 2035 to avoid dangerous climate change and investors need policy certainty to help deliver this. Knowing international policy is united on a clear path towards ever-lower emissions generates confidence that our low carbon investments will be supported, not harmed, by future policies. Finance ministers have a critical role to play.”

German Chancellor Angela Merkel has made climate change a priority for Germany during its Presidency of the G7, with the issue due to be discussed at the heads of state meeting at Schloss Elmau on June 7-8.

The letter has the backing of a wide-range of organisations including the Guardian Media Group, which recently launched a campaign calling on the Bill and Melinda Gates Foundation and the Wellcome Trust to divest from fossil fuels. The Wellcome Trust is also a signatory to the letter.