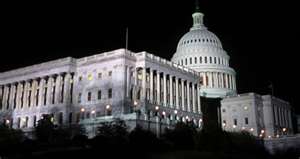 200 investors representing $6.5trn in assets have written to the CEOs of 47 of the largest US-listed companies, setting out their expectations on climate lobbying and raising the issue as a potential investment risk.
“Corporate lobbying activities that are inconsistent with meeting the goals of the Paris Agreement present several financial risks to investors”, wrote the investors, who include BNP Paribas Asset Management, Boston Trust Walden Company, CalPERS, CalSTRS, Mercy Investment Services, the New York City Comptroller’s Office, the New York State Common Retirement Fund and Wespath Benefits & Investments
The group calls on high-emitting companies, such as ExxonMobil, Ford and General Motors, to report publically on how their lobbying activities and those of their trade associations “align” with investor expectations, and support the Paris Accord. They set out their expectations in more detail in an accompanying document, titled Investor Expectations on Corporate Climate Lobbying.
The 47 target companies are the US contingent of Climate Action 100+’s target list. CA100+ is a major investor initiative backed by $34trn in assets, which includes a focus on climate lobbying as part of its engagement.

Companies are asked to take the following steps:

1. Ensure their own lobbying practices and those of trade associations in which they are members align with Investor Expectations on Corporate Climate Lobbying.

2. Review the lobbying positions taken by any organisation of which a company is a member.

3. If those lobbying positions are inconsistent with the goals of the Paris Agreement, a company should engage the organisation to ensure its positions are updated.

4. If the organisation is unwilling or unable to demonstrate alignment with the Paris Agreement, the company should consider taking steps necessary to disassociate from these positions.The letter comes as US SRI firm Boston Trust Walden Company – renamed from Boston Trust & Investment Management this month –  has already put forward a resolution at Exxon for 2020 calling on the oil giant to publish annually a report on its “direct and indirect” lobbying activities with an emphasis on those undermining the Paris climate agreement.
The Investor Expectations on Corporate Climate Lobbying document refers to an initiative, strongly linked to CA100+, that was launched in Europe late last year by Swedish pension fund AP7, the Church of England Pension Board and BNP Paribas, targeting the lobbying practices of 55 of Europe’s biggest emitters.
To date, 10 of the 55 have agreed to “undertake a review of their trade associations and to setting up robust governance processes,” Charlotta Dawidowski Sydstrand, Sustainability Strategist at AP7 told RI in June.
They are miners BHP, Rio Tinto, Anglo-American and Glencore; oil & gas firms BP, Shell and Equinor; utility RWE; cement producer Heidelberg Cement; and chemicals heavyweight BASF.
BHP is set to face another resolution on its lobbying next month, despite its 2017 review, after it was revealed that one of its trade associations, Minerals Council of Australia (MCA), was closely associated with an aggressive pro-coal campaign by Coal 21.
“Climate change is one of the greatest risks facing long-term investors,” said New York State Comptroller, DiNapoli on the investors’ letter. “Many companies talk the talk when it comes to building a lower-carbon global economy, but some continue to support agendas and groups that oppose the goals of the Paris Agreement. We need greater transparency and accountability from our portfolio companies. We need to know if they are lobbying — or supporting trade organizations that are lobbying – against the worldwide effort to rein in climate change.”
“Climate Change has a direct impact on CalPERS’ ability to make prudent long-term investments that provide retirement security to 1.9 million members” added CalPERS CEO Marcie Frost. “We are proud to stand with institutional investors throughout the world, working cooperatively to advocate for business practices that deliver sustainable markets and strong, consistent returns”.