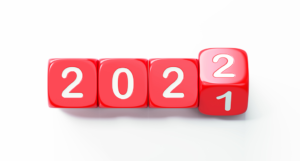 The sustainable debt market enters 2022 off the back of its best year yet. Issuance across green, social, sustainable and sustainability-linked bond markets has soared, with green bond debuts from the UK and EU smashing records for orderbook size and the year also bringing the largest ever sustainability-linked bond and credit facility. With investor enthusiasm remaining high as the year reached its end, 2022 promises to beat all the records that were set in 2021.

The key figure to watch out for in the market is €1trn. 2021's levels came close to the mark for the first time, and many forecasts suggest it may be reached in 2022. NNIP forecasts €1.1trn worth of issuance, while ING thinks levels will reach €1.3trn, with Crédit Agricole predicting €1.2trn.

Sovereign issuance to remain high – China and US debuts possible

Sovereign, sub-sovereign and supranational green bonds are already looking to have a good year ahead of them. The EU’s green bond programme, which kicked off in October this year, will get properly underway, with expectations of at least €50bn over the course of the year while German development bank KfW will raise at least €10bn. A number of smaller European countries including Denmark, Austria and Switzerland have confirmed plans to make their market debuts, with Kenya likely to join the small club of African nations to have raised sustainable debt and a promised debut expected from Canada. China was expected to issue its first green bond as part of a multi-tranche offering in November but failed to do so, meaning a 2022 debut is possible. All eyes are on the US, with a green treasury note more a question of when, not if. However, no firm plans have been made public.

Social bonds have seen a relative slump since the start of the year as the EU and the two French public agencies responsible for a large proportion of issuance wind down their pandemic-related borrowing. However, the structure still recorded its strongest year ever and is likely to continue that momentum into 2022.

Quality of SLBs increasingly on the radar

Sustainability-linked bonds have been a strong performer, contributing around 10% of the total sustainable debt supply this year. The rapid growth of the label, which saw its market debut in 2019 and relatively low volumes in 2020, is set to continue into 2022.

Investors have raised concerns that the targets and coupon step ups attached to some sustainability-linked bonds are neither ambitious nor material, and that the measurement dates are often too late in the life of the bonds, but these concerns are rarely reflected in orderbook sizes. While some investors took issue with a planned $4bn raise by Teva, the orderbook was large enough for the pharmaceutical company to up the issuance to $5bn. Similarly a $300m sustainability-linked bond from a subsidiary of the controversial Adani Group managed to cover its books nine times.

Douglas Farquhar, Client Portfolio Manager Green Bonds at NNIP, said that reporting under the EU’s Sustainable Finance Disclosure Regulation (SFDR) is likely to increase the base quality of SLBs. In order for a fund to be classified as Article 9 under the SFDR it must have sustainability as its objective. While there is a high-level definition of what a sustainable investment entails, asset managers have largely been given leeway to decide what sustainable means for them. “The challenge will be, how do sustainability-linked bonds fit into those different classifications,” he said.

The increasing strictness and standardisation of corporate reporting will also pull up the worst offenders, Farquhar continued. “What you will hopefully see the end of is sustainability-linked bonds where companies are selecting metrics which are not the most material for them from any perspective and also setting performance targets that are just way too low and not aligned with a 1.5 degree scenario,” he said.

Meanwhile, in the private debt space, 43% of revolving credit facilities signed in Europe this year were linked to sustainability targets. In September, a UN task force of Chief Financial Officers representing $1.7trn in market capitalisation – including those of Verizon and CEMEX – committed to link 50% of corporate financing to sustainability targets, meaning that levels outside Europe are also likely to rise.

The future of the 'greenium'

Much has been made over the past year over whether the ‘greenium’ – discounted yields on green and other sustainable bonds due to higher demand – is disappearing. While data from the Climate Bonds Initiative showed less evidence of a greenium in Q4 of 2021, Senior Research Analyst Caroline Harrison said that “it is hard to imagine that demand for green bonds will be satisfied”. While cautioning that investors are less willing to pay over the odds for anything that could be hurt by rising rates or the winding up of central bank QE programmes, demand will continue to increase as awareness of the need to decarbonise portfolios continues to grow, she said.