I once sat through a company presentation with the heading Stability in Volatile Times. Investors were told how stable the company in question was, despite all the other scary things going on at the time (this was at the back end of the European sovereign crisis). A few hours later, the ‘dieselgate’ scandal broke and, as headlines from the US Environmental Protection Agency started rolling across the screen, the company – a German car manufacturer called Volkswagen – saw its equities and bonds nosedive.

So forgive me if I’m jaded when it comes to companies’ voluntary disclosures about material risks.

One such set of disclosures is the self-certification from CDP, formerly known as the Carbon Disclosure Project. We have done a fair bit of work on serial bond issuer Adani Ports (ticker ADSEZ) over the past 18 months, as the company has been in the corporate bond market with four benchmark USD issuances. Such an issuance pattern is remarkable. What is also remarkable is the company’s engagement with the coal industry. Our analysis from last year, Global Investors and the Carmichael Mega Mine, showed how Adani Ports is integral to the construction and operation of the Carmichael coal mine in Australia, and highly engaged in other coal logistics chains in India.

The attentive reader will note that two of the benchmark bond issues came soon after the Government of Queensland – yes, the same one that raises billions from investors through the green bond market to support the region’s “transition to a low carbon, climate resilient and environmentally sustainable economy” – announced their final approval for Carmichael.

However, one can be forgiven (well, actually, no; but we’ll get to that later) for having invested in these bond issues when reading the company’s CDP self-certification. ADSEZ’s CDP score was upgraded from a C to a B- late last year, resulting in its inclusion in the Dow Jones Sustainability Index. Its stock jumped 8% on the back of its inclusion in the index.

For context, this is the company that owns Mundra port, the world’s biggest coal import terminal and directly operates railways integral to the development of the Carmichael coal mine. This is the company that, in recent investor presentations, has spoken highly of its stable supply of South African coal business. One of its former biggest bond holders – a UK insurance company – divested the firm last year as part of its exit from coal, while Deutsche Bank decided not to syndicate a bond for it as late as January, due to environmental concerns. It even has its own dedicated ‘anti-webpage’: www.stopadani.com.

So what does the company tell CDP to warrant a score upgrade amid all this?

Well, looking at the actual responses, there is this headline question: “Have you identified any inherent climate-related risks with the potential to have a substantive financial or strategic impact on your business?”  To which the company responds by highlighting just two climate risks:

The first seems a bit convoluted: are they saying “a big climate risk for us is that we might not be able to buy enough solar PV”?  This begs questions around whether a lack of renewable power would in reality make coal burning and associated logistics more profitable.

But that seems like splitting hairs once you get to the second climate “risk”.

“Negative stakeholder feedback” seems okay initially, until one looks under the questionaire’s subheading – “Primary potential financial impact” – to which the company’s response is: “Increased spent [sic] on community initiatives”.

Savour that. And then consider that no further climate-related risks are specified. To sum it up: the company’s own assessment of climate risk is that people might get upset with it, and the financial risk is therefore that it will need to spend more on community initiatives.  For this, they are rewarded with a better-than-average grade from CDP, which appears to have translated into material financial advantages for the company.

But who can blame them? As in the fable of the scorpion and the frog, the scorpion’s response to why it stings the frog that carries it over the river is: “It’s in my nature”.

As investors, though, we need to not allow ourselves to become frogs. 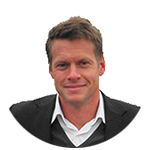 Ulf Erlandsson is the Founder and Director of think tank the Anthropocene Fixed-Income Institute, and Founder of climate-focused hedge fund Diem Green Credit. He was formerly a bond trader at Swedish pension fund AP4. For further reading on this topic, see Coal, coup, CDP and credit: Adani Ports update.