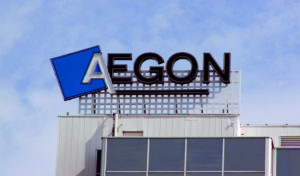 HSBC’s new Developed World Sustainable Equity Index Fund, which Aegon UK is the first to invest in, targets a 20% “uplift” in ESG scores based on FTSE Russell’s ratings and a 50% carbon emissions and fossil fuel reserves intensity reduction, relative to the parent index, which was not disclosed.

The fund, which tracks the performance of the FTSE Developed ESG Low Carbon Select Index, excludes sin stocks such as weapons, tobacco and gambling, as well as companies that generate significant levels of revenue from activities such as thermal coal.

It also incorporates a “custom exclusion list” based on company performance against the UN Global Compact’s 10 principles, which includes human rights commitments.

Stuart White, UK and International CEO at HSBC Global Asset Management, described the fund’s approach as “ambitious” and one allows for the “underweighting of less desirable stocks without excluding them entirely” – a strategy, he added, that “aligns with our approach of supporting companies as they transition to become more sustainable.”

The announcement of the partnership follows Aegon UK’s pledge earlier this month to achieve net zero emissions by 2050 for its default fund ranges and “explore the practicability” of halving emissions by 2030.