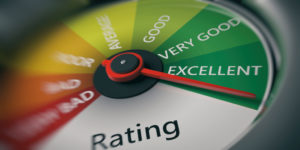 The Asian Infrastructure Investment Bank (AIIB) is working with Amundi to measure the Paris-alignment of bond issuers, in a bid to encourage a lower cost of capital for greener companies and encourage climate-related disclosure.

The framework is expected to be endorsed by influential NGO Climate Bonds Initiative (CBI), and will be released for general market usage in September.

As a starting point, the framework will be used to define the investable universe of AIIB’s Asian Climate Bond Portfolio, a recently-launched $500m (€450m) strategy – managed by Amundi – which aims to invest in regional climate leaders.

AIIB is a development bank set up in 2016 to serve Asia and Oceana. It currently has 78 member countries, and is focused on infrastructure investment.

The framework will comprise three categories: ‘A’ ratings for “climate champions”, ‘B’ ratings for those well positioned for a low-carbon transition, and ‘unrated’ – referring to issuers that do not meet the criteria for the first two categories.

"We think this is exactly the sort of intellectual leadership that MDBs should be embarking on."

In line with the goals of the Paris Agreement, issuers will be assessed based on considerations including the reduction of carbon emissions, resilience to the physical climate impacts and low-carbon transition spending plans.

According to Stefen Shin, AIIB’s Principal Investment Officer, who is overseeing the project, the framework was established to assess the green credentials of companies after the bank noted that issuers of green bonds did not necessarily meet high environmental standards.

The universally-endorsed Paris Agreement was then chosen as the basis of an issuer-level assessment framework.

The framework is currently out for the second stage of a closed peer review by “academics, institutional investors and climate finance experts”.

AIIB said it engaged 22 of the world’s largest 25 institutional investors during the development of the framework. These included the International Forum of Sovereign Wealth Funds, the Network of Central Banks and Supervisors for Greening the Financial System, the One Planet Summit network, the Asia Investor Group on Climate Change, and Chinese green finance leader Ma Jun.

The upcoming framework joins a handful of market-led initiatives which are considering the implications of the Paris Agreement for the financial sector. The Institutional Investors Group on Climate Change in Europe is working to define what Paris-alignment “means in practice” for investors, while the Science-Based Target initiative focuses on credible emissions reduction targets in line with the Paris Agreement.

Speaking to RI, AIIB’s Shin said: “We have heard many times that this is an ambitious project, especially for an institution only in its fourth year, but at the same time, we don’t have any legacy issues holding us back. We think this is exactly the sort of intellectual leadership that MDBs should be embarking on.

“For us, a successful launch is when we see adaptation of this framework by other institutional investors and differentiation in the cost of capital and share price performance of companies which rate higher or lower on the framework.