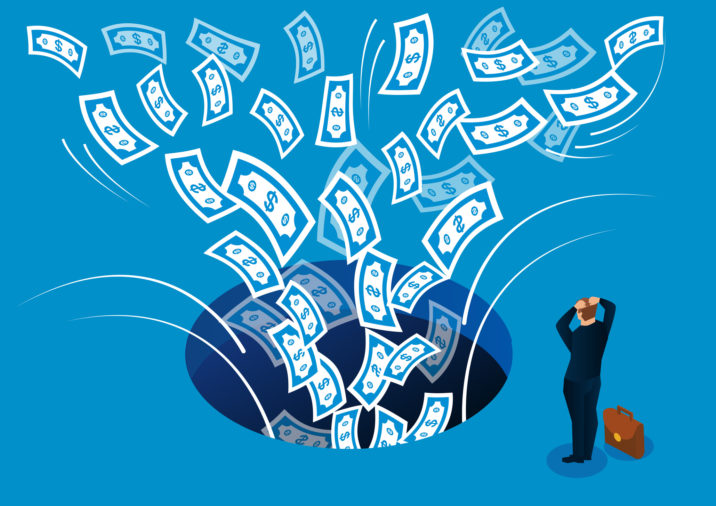 Six US Republican states that have taken anti-ESG stances would have faced up to $708 million in additional costs for their municipal bonds combined if they had introduced laws similar to those brought in by Texas in 2021, a new study has suggested.

The new research – a collaboration between non-profits the Sunrise Project, As You Sow and Ceres – builds on the recent work of US Federal Reserve economist Ivan Ivanov and Wharton Business School professor Daniel Garrett.

In June, the duo published Gas, Guns, and Governments: Financial Costs of Anti-ESG Policies. The study estimated that anti-ESG legislation introduced in Texas in September 2021 could cost taxpayers between $303 million and $532 million in additional costs on municipal bonds, depending on when they are called.

Moreover, it found that if the anti-ESG policies remain in place, taxpayers could be on the hook for an additional $445 million per year in interest payments.

The Texan bills resulted in major banks, including the likes of Citigroup, JPMorgan Chase and Goldman Sachs, being excluded from government contracts based on restrictions around fossil fuels or the firearms industry.

Diminished competition and lack of access to the “national bond placement networks” of the excluded major banks were highlighted as the two drivers of the negative impact on bond pricing.

Speaking to Responsible Investor, Garrett noted that the research required a “large number of assumptions”. “It is not trivial to forecast what will happen when several banks with large market shares are removed from a market,” he said.

Nevertheless, he believes the study on Texas is a “useful tool for policymakers who want to explore the financial implications of any anti-ESG rules in the public finance space”.

He described the Ceres report as good example of it being used for that purpose. “They are able to use our estimates of Texas’s experience, apply their own assumptions on the extrapolation, and get predictions of what may happen in other states.”

The new analysis from the NGOs models the cost implications for bonds issued in and by five states – Kentucky, Florida, Louisiana, Oklahoma and Missouri – if they enacted similar legislation to Texas, resulting in the boycotting of major financiers. It looks at the aggregate increase in interest costs for bonds issued in these states in the past 12 months, based on data from January 2020.

West Virginia is treated differently in the report due to the fact that the state already has active anti-ESG legislation, introduced in March 2022, which does not cover “bond issuance for municipalities, counties, or other non-state entities”. The study therefore applies the Texas model only to state issuance, and not that issued by municipalities.

The six states were selected for several reasons, including that they have had “relatively greater public debate about legislation and executive administrative action restricting the consideration of climate and other sustainability risks and opportunities in decision-making”.

An estimated range of $264 million-$708 million in additional costs for the six states combined was suggested in the report, with Florida alone standing to bear $97 million-$361 million.

“Higher interest rates are the result of less competition between finance firms for municipal bonds, as a result of the anti-sustainable investing legislation that forces state treasurers to boycott major banks and asset managers that historically have bid on municipal bond issuances,” the authors wrote.

In addition to higher interest rates on municipal bonds, the study argues that “anti-sustainable investing directives and legislation” have the potential to inflict serious economic harm on state and local citizens in other ways, including pension investment performance.

In response to the research, Minnesota’s state auditor Julie Blaha told RI: “Elected officials who make financial decisions based on politics instead of data will increase risks and costs for taxpayers. Based on significant and mounting evidence, anti-ESG politicians are on a risky path.

“An elected official who wants to make a political stand with state finances should be prepared to offset any losses from their risky actions with other funds. However, I am not seeing anti-ESG politicians providing assurances they have a plan to cover losses their risky approach could cause. That should raise alarms for anyone who has a stake in the services government funds provide.”

For Maryland’s Comptroller-elect, Brooke Lierman, the report helps to quantify how much such decisions could cost taxpayers.

She noted, however, that the total cost could be much higher, given that the report only shows the known additional expense states will bear because of lack of competition in the bond market. “Over and above that we know, by handcuffing their state pension investment teams, in the long term pensions and retirees will suffer as well.”

Echoing these sentiment, Michelle Buckley, a US equity portfolio manager and director of multi-asset solutions at Boston Common, told RI she was not surprised that these reports indicate a financial cost associated with prohibiting ESG integration into investment decisions.

And Josh Zinner, CEO of ICCR, pointed to the “irony” for proponents of anti-ESG policies to claim that ESG politicises investing, “when the clear reality is that they are the ones playing politics with the money of taxpayers and pensioners”.

However, some state treasurers – including those from South Carolina and Wyoming, who are members of State Financial Officers Foundation (SFOF) – pushed back against the report.

A representative for South Carolina’s Curtis Loftis told RI that the studies seen by the treasurer “grossly exaggerate the additional costs for bond issuances”. “Furthermore, they are paid for and produced by entities that are pro-ESG.”

The state has recently finalised its divestment from BlackRock due to its “increasing focus on promoting progressive environmental, social and governance factors as part of its investment strategies”.

A spokesperson for the West Virginia Treasurer told RI that bonds covered by the report do not fall under its legislation S.B. 262. “We are not aware of any efforts to expand the jurisdiction of the law created under S.B. 262 to bond issuances across the state.”