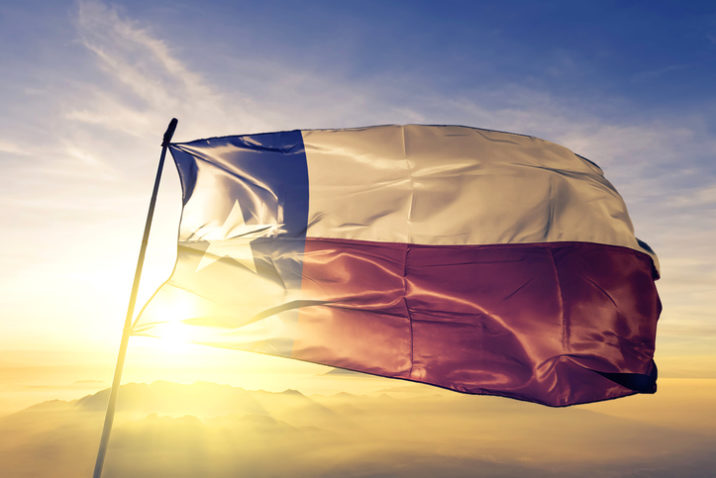 A series of the world’s largest banks and investors have denied they are boycotting fossil fuels in letters to the Texas Comptroller seen by Responsible Investor.

The letters, which were obtained by RI under Texas’s Public Records Act, were sent by global managers and banks including BlackRock, Schroders, JPMorgan and HSBC. Nearly all deny that the firms in question meet the definition of boycotting fossil fuels under a new Texas law.

The legislation requires state investment funds to divest from any firms that meet the threshold and bans government entities from contracting with companies that do so.

The letter sent by BlackRock, which has previously been accused of backtracking on climate commitments in private meetings and communications with Texas officials, highlights the firm’s $115 billion investments in Texan energy companies, as well as touting its private market investments in fossil fuel infrastructure in the state. It also reiterates BlackRock’s belief that companies in the energy sector “play a crucial role in the economy and energy transition”, while defending its decision to exclude certain coal companies from many of its active portfolios.

BlackRock also denies acting collectively with other investors on trading or voting publicly traded shares, emphasising that this includes resolutions “filed or supported by Climate Action 100+ or any of its members”.

It adds: “When joining the initiative, BlackRock clarified to the organisation that we would continue to independently exercise our fiduciary duties to our clients in determining how we prioritise engagements and how we vote proxies. Our voting record since then shows that our support for shareholder proposals is demonstrably independent.”

In March, Arizona attorney general Mark Brnovich said he had opened an investigation into Climate Action 100+, calling it “a co-ordinated conspiracy”.

A BlackRock spokesperson declined to comment on the letter. The firm has previously said that it had been “clear and consistent since January 2020 that climate risk is an investment risk that will impact returns in investors’ portfolios”, and that its executives had been consistent on both its views on climate risk and the role of energy companies in the net-zero transition in public and private engagements, including in Texas.

The Texas Comptroller sent letters to an initial tranche of 19 managers in March and followed up with a further 100 a few weeks later. The letters ask for details of any environmental commitments, assessments of risk to firms should they not meet these commitments, and an assessment of whether they meet the definition of boycotting fossil fuels under the law.

While some investors who are signed up to the Net Zero Asset Managers Initiative (NZAMI) mention that they will be exposed to increased climate risk if they fail to meet environmental targets, many only mention the regulatory and reputational risk.

Invesco, which has committed to TCFD disclosures and is signed up to NZAMI, says that it could be subject to fines in jurisdictions with mandatory disclosures, while the consequence of other failures would be “the loss of trust of our clients”. abrdn only says it would be exposed to reputational risks if it fails to fulfil its NZAMI pledges. Man Group says that failure to meet its NZAMI commitments may result in it being excluded from the initiative, which would have “reputational, corporate ratings or client-related consequences”, but adds that failure to meet NZAMI targets would have “no legal or direct economic consequences”.

A spokesperson for abdrn said the asset manager had not taken a position on whether it would be exposed to increased investment risk if it failed to hit its net zero target in the letter, but that “the lack of its mention does not itself preclude that consideration”. A spokesperson for Invesco said the firm had a commitment “to our clients and we will continue to comply with regulatory requirements in the regions/jurisdictions in which we operate. Invesco is taking a thoughtful and transparent approach to supporting Net Zero and working with our clients to understand their needs and further refine our approach to support them in their transition to Net Zero.” Man Group had not responded to a request for clarification at the time of publication.

In contrast, Schroders said it is “critical” to its asset management business that it take steps to manage and mitigate risks to its assets by decarbonising its portfolios “thoughtfully and constructively”.

With the exception of BNP Paribas, which neither confirms nor denies that it is boycotting energy companies under the Texas legal definition, the other major firms – Schroders, JPMorgan, BlackRock, HSBC, Invesco, Credit Suisse, Sumitomo Mitsui, abrdn, Wells Fargo and Man Group – all deny in the letters that they meet the threshold. The exact size of the threatened divestment is unclear, but the Texas Teachers Retirement System, which makes up the bulk of public pension assets in the state, has around $6.2 billion in equity holdings in the above firms.

In one of the more detailed letters, Wells Fargo – which also denies it is boycotting fossil fuels – complains that the comptroller has sent the request for information to “an incomplete list of the financial institutions that have announced net zero and other environmental goals”. Many large national and international banks which have set net-zero goals or signed up to the Equator Principles “appear not to have been sent the [request]”, it notes, arguing that placing some net-zero banks on the divestment list and not assessing others is “at best, unclear and arbitrary”.

While letters from the larger managers are carefully worded, smaller firms who were asked by the Texas Comptroller for details of their fossil fuel investments were less circumspect. Dallas-based energy investor Cushing Asset Management responded to a question on whether it boycotted fossil fuels with “hell no”. By contrast, Boston’s $3.9 billion Reynders, McVeigh Capital Management highlights the 30 percent share of renewables in Texas’s energy mix, and says the comptroller’s actions “seem short-sighted and irresponsible” for “[attempting] to create an outlier with our firm for doing exactly what Texas is doing – investing in the future of energy”.

At the start of May the Texas Municipal Retirement Systems committed an undisclosed sum to Pioneer Point Partners’ sustainable infrastructure fund.