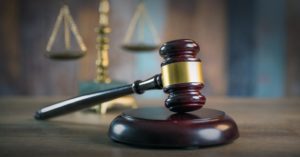 Australian retail sector superannuation fund REST has agreed to settle the pioneering climate litigation case brought against it by 25-year-old member Mark McVeigh in 2018, which alleged that the fund was not properly considering climate risks.

Legal experts believe it could have ramifications beyond the country’s borders.

As part of the settlement, REST has made a raft of commitments: to align its portfolio with net zero by 2050 and to report against the Task Force on Climate-related Financial Disclosures (TCFD) framework.

In a statement released on its website today, the day the trial was due to commence, REST [Retail Employees Superannuation Trust]  states, “climate change is a material, direct and current financial risk to the superannuation fund” and that “REST, as a superannuation trustee, considers that it is important to actively identify and manage these issues”.

“We think it should transcend the boundaries” – David Barnden

The fund has also committed to conduct scenario analysis “to inform its investment strategy and strategic asset allocation”, and states that it will “take further steps” to ensure investment managers are taking “active steps to consider, measure and manage financial risks posed by climate change and other relevant ESG risks”.

REST added that it “will use a variety of mechanisms to assess and, if necessary, take steps to improve the compliance of its investment managers” on climate risks.

Although the proceedings were in Australia, it is hoped that the case will be influential on how funds globally manage climate risk.

“We think it should transcend the boundaries [of Australia],” the lawyer overseeing the case, David Barnden, Principal and Director of Equity Generation Lawyers, told RI.

“Trustees around the world have a pretty standard duty to act in members’ best interests, and here we have a huge pension fund being sued for an alleged breach of that duty…and this is the outcome, the fund settling and taking a whole range of significant steps on climate risks”.

On whether the settlement would help potential future legal cases against trustees on climate risk, Barnden said that it has “certainly set a benchmark”, which the industry can look at to “get a sense of whether or not they're adequately protecting their members”.

This was echoed by UK-based firm ClientEarth.

“The commitments from REST in this settlement are significant both in climate terms and for the signal they send to the market", said ClientEarth’s Climate Finance Lead, Lawyer Joanne Etherton. "They could set off a domino effect in Australia, with other funds taking robust pre-emptive action to look after their members’ money in the face of a changing climate.

She added that it “should also raise the heart-rate at pension funds in the UK, as there is a very real risk of litigation for funds which are not taking climate risk into account here".

Equity Generation’s Barnden is also representing 23-year-old student Katta O’Donnell who is taking the Australian Government to court over its failure to disclose climate risk when issuing sovereign bonds – a case that could have enormous implications for the $31trn global sovereign debt market.

REST’s settlement comes as Australia is warned in a new report by Deloitte that its economy could be A$3.4trn worse off by 2070 if it fails to act on global warming.