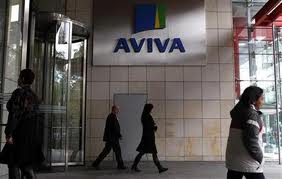 On LinkedIn, Spread Research says it has strengthened its position with Qivalio, in the context of sharply declining research supply at the European level, following the MiFID II Directive. The directive requires financial firms to set a research budget and disclose it to clients, but observers say it has led to an overall cut in research spending, benefitting larger players.

Qivalio will cover financial analysis from Spread Research and sustainability analysis from EthiFinance. Aviva has also joined as a new shareholder.

In a statement, Qivalio said: “A capital increase of €3m, which has just been completed, will soon be complemented by a second transaction with new institutional shareholders.”

It will use the new capital injection to hire new staff and invest in technology. Qivalio currently has 40 employees and monitors more than 1,000 European companies.

The 2017 merger between EthiFinance and Spread Research was supported by institutional investors AG2R La Mondiale, Apicil, BpiFrance, Eiffel Investment Group, Groupama Rhône-Alpes Auvergne, Klésia, Siparex and SMABTP, who became majority shareholders.Last year, Spread Research, which is registered with the European Securities and Markets Authority (ESMA) and EthiFinance announced a new methodology integrating governance risk in credit analysis. They said the integration of environmental and social factors would happen in due course.

“A capital increase of €3m will soon be complemented by a second transaction with new institutional shareholders.”

If so, Qivalio could become one of the first regulated credit ratings agency to fully integrate environmental, social and governance factors with financial analysis.

It comes as ESG is moving up the agenda of mainstream credit rating agencies and their regulators. Most recently, S&P Global Ratings announced plans to add an ‘ESG’ section to 2,000 of its credit reports.