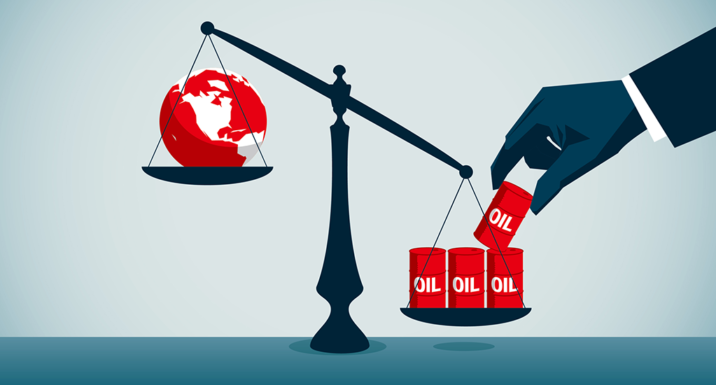 There has been no slowdown in bank lending to the fossil fuel industry, according to the 13th Banking on Climate Chaos report, published last week.

The influential annual study, which calculates the level of capital provided to companies in the fossil fuel chain by the globe’s 60 biggest banks, found that “taken as a whole, bank fossil fuel financing stayed flat from 2020 to 2021”. The NGOs that co-authored the report said the numbers suggested there was “a real danger that bank fossil fuel financing could stay the same, or even increase” as the economy reboots after covid-19.

The findings come despite 38 percent of global banking assets being committed to net-zero emissions by 2050. More than 100 banks – responsible for $68 trillion – have joined the Net Zero Banking Alliance so far, including Citibank, JPMorgan, Wells Fargo, Bank of America and many other of the most active lenders identified in the latest report.

The report authors describe banks “touting their commitments to helping their clients transition” while funnelling capital to the “100 companies doing the most to expand the fossil fuel sector”.

Until recently, the main method banks used to “tout” their climate credentials was the adoption of green finance pledges. Bank of America made headlines last year when it tripled its commitment to “deploy and mobilise” assets “to accelerate the transition to a low-carbon, sustainable economy” – pledging $1 trillion to the initiative by the end of the decade. Citi swiftly followed suit, upping its dedicated green goal from $250 billion by 2050 to $500 billion by 2030.

When RI asked JPMorgan to comment on the NGOs’ claim that last year it provided finance to companies in the fossil fuel chain to the tune of $68 billion, a spokesperson highlighted its role in facilitating more than $100 billion for green activities such as renewables, energy efficiency and low-carbon transport over the same period. The bank was also the world’s largest underwriter of green bonds in 2021, the spokesperson pointed out. “These efforts help put us well on our way to our target of $1 trillion for green initiatives over 10 years.”

But the report suggests a growing disconnect between this bullishness on green finance and banks’ continued support of fossil fuel activities.

“Whatever green financing banks provide for the transition is totally undermined by the fossil fuel financing they continue to provide,” says Maaike Beenes, climate lead at BankTrack. “It’s like trying to extinguish a fire while pouring fuel all over it.”

Investors are also calling out the mismatch. Research commissioned by the Asia Transition Platform, whose members include Aviva, PGGM and the Universities Superannuation Scheme, concluded that Asia’s biggest banks “have taken more steps to launch green or sustainable products than to clean up existing products or address climate change through governance, risk management or policies”. Last month’s report, written by Asia Research and Engagement, said the findings “raise concerns of greenwashing”.

Karoline Herms, a senior global ESG manager at platform member Legal & General Investment Management, said it was evidence that “practices at these banks need to urgently catch up with the rhetoric”.

But other shareholders take more comfort from the boom in green banking pledges. When Danish pension fund PFA came under fire last year for its decision to hold Bank of America and Citi in a climate strategy, its head of equities, Klaus Ørtoft Madsen, said it expected banks to become “significant providers in driving the green transition”.

“If the US is to decarbonise, it’s central that the big banks are involved,” he argued.

Speaking to RI, Ørtoft Madsen explained that the climate portfolio has since sold its shares in Bank of America and Citi – not for climate reasons, but in order to capitalise on the duo’s profitability after last year’s interest rate rises. He reiterated his belief that banks have an essential role in the climate transition, pointing to Citi and Bank of America’s upsized green targets last year as examples of their leadership, and a sign that “things are moving in the right direction”.

Ørtoft Madsen conceded that “some green pledges are about pleasing the media and building reputations”, and that banks lack transparency around their methodologies for calculating their contribution to green finance. “I feel cautious about the exact numbers being given out, because we don’t really know how much is incremental and how much is just rebranding existing lending, for example,” he noted.

As well as covering the banks’ own balance sheets, many of the targets allow them to take credit for deals they facilitate through structuring or underwriting green bonds, for instance.

Giel Linthorst leads the Partnership on Carbon Accounting Financials, a group of 239 financial institutions – including 143 commercial banks and 10 investment banks – working on metrics and disclosure standards for the industry. He says the current approach to green pledges leaves a lot to be desired.

“A lot of the green targets are just banks counting how much capital they’ve raised or helped to raise through labelled instruments, which doesn’t quantify the impact of that money,” Linthorst says. While conventional corporate bonds can be linked to the issuer’s emissions – “because by being involved in that deal you are enabling them to continue to do business” – green bonds don’t have a clear link to emissions reductions. “That makes it more complex to assess what the deal has actually achieved in terms of decarbonisation,” Lindthorst adds.

In a bid to tackle this, PCAF is developing a standard to calculate the emissions profile of green bonds. It is also creating a methodology for the emissions that banks facilitate through their non-green services and capital markets activity, and its asset management members are leading the development of standards for sovereign bonds.

There are big questions about whether banks should be creating their own methodologies to calculate climate performance, especially given that senior figures in the industry have reportedly sought to water down such rules in the past. But Linthorst insists that the PCAF process has been “fully transparent” and “several consultations were organised to receive feedback and input from all stakeholders on the standard”.

The three new standards, slated to be released at the end of May, will sit alongside PCAF’s flagship methodology, launched in 2020, which covers listed and unlisted equities, corporate bonds, business loans, project finance, commercial real estate, mortgages and vehicle loans. That standard has secured certification under the World Resources Institute’s GHG Protocol.

Linthorst says he hopes the latest developments will enable stakeholders to get clearer visibility on banks’ overall contribution to climate change and allow for comparisons between institutions – something he describes as “not at all easy” in the current landscape.

BankTrack’s Beenes welcomes the efforts but says the spiralling complexity of these methodologies risks triggering “analysis paralysis”, slowing down the urgent action needed to meet net zero by 2050.

“It’s important to quantify the impact of your whole portfolio, but if calculating the emissions of every single sector gives you an excuse to wait another five years before dealing with what’s already crystal clear – that financing new fossil fuel projects needs to stop immediately – then that’s not a positive development,” she says. “This tendency to focus on creative new innovations and strategies can be a real distraction from the inconvenient reality that these established financial institutions need to say goodbye to some existing relationships.”

Some banks have already started saying their farewells. Last year, France’s La Banque Postale announced it would no longer finance companies expanding oil and gas production and would exit the sector completely by the end of the decade. More recently, ING ruled out lending or capital markets support for new oil and gas fields and HSBC promised to “phase down our financing of fossil fuels to what is required to limit the global temperature rise to 1.5°C”.

PFA’s Ørtoft Madsen argues that banks’ approach to the fossil fuel industry needs to be more nuanced than simply cutting all ties. “For US banks especially, you have to keep in mind the importance that the fossil fuel sector plays in terms of geopolitics. In that respect, I find the calls for US banks to just discard their oil customers somewhat naive.”

Instead, he says, the €80 billion pension fund will be paying close attention to the targets that banks adopt as part of their commitment to the Net Zero Banking Alliance, which are required within 18 months of joining the initiative. “From there, we should be in a position to rank this entire group of banks and that will help us make investment decisions in future,” he adds.

“We’re entering a much more interesting phase for active managers, where we need to be focused on meaningful climate transition in the industrial context. That’s going to involve some really sophisticated thinking from investors as well as the banks themselves.”