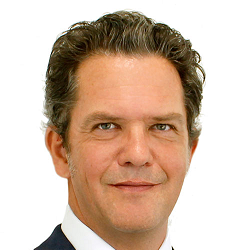 Hartnett announced on LinkedIn last month that he would be leaving the Sydney-based A$11bn (€7bn) superannuation fund to go to the UK but did not reveal the details of his new role, except that it would be in the “RI space”.

He added in the post that he planned “to quietly continue advocating for more responsible and sustainable investment practices while calmly but determinedly ensuring that ESG risks are being recognised and addressed by companies”.

His exact role and title aren’t clear at this stage but Aberdeen Standard, the £505bn (€563bn) fund firm formed from the merger between Aberdeen Asset Management and Standard Life, said it would issue a statement on Hartnett’s appointment in due course.

Hartnett has been a prominent figure in the push by Australian asset owners on ESG, particularly climate change and lobbying.He was described on LinkedIn by Adam Matthews, Director of Ethics and Engagement at the Church of England Pension Boards, as “a great leader and a fantastic partner in our common endeavours on climate and lobbying”.

LGS co-filed a climate lobbying resolution with the Church of England and Swedish pension fund AP7 last year at Rio Tinto, which was supported by 18% of shareholders.

Hartnett has been succeeded at LGS on an acting basis by Moya Yip, who joined the fund in 2016 as Responsible Investment Manager.

While at LGS, Hartnett also served on the Management Committee of the Investor Group on Climate Change (IGCC) and as a Director of the Australian Council of Superannuation (ACSI), the association of 39 Australian and international asset owners and institutional investors managing over A$2.2trn.

Prior to joining LGS in 2010, Hartnett was the managing director, Asia Pacific, of Innovest Strategic Value Advisors, the firm that was headed by ESG pioneer Matthew Kiernan.