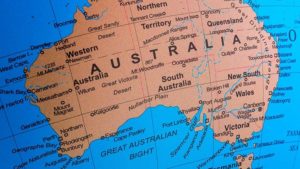 Environmental groups have welcomed news that BP will not progress its exploration drilling programme in the Great Australian Bight. The controversial deepwater project in pristine marine surroundings off South Australia had drawn criticism from NGOs including The Wilderness Society, Greenpeace and Sea Shepherd on multiple grounds – not least that the Bight is one of the world’s most significant whale nurseries and the high risk associated with deepwater offshore oil drilling.

As a high-cost project in an inherently risk-laden environment, questions stacked up regarding the economic wisdom underpinning the venture. Further concerns surrounded BP’s ability to respond to an oil spill, the results of which could wreak costly havoc on local communities, ecosystems and industries. Against a backdrop of toughening climate legislation and signals of a shift towards a low carbon energy mix, it was hard to understand how this project fitted into a long-term term strategy focused on capital preservation.

Earlier this year, ShareAction and The Wilderness Society brought these concerns to London at BP’s annual general meeting. With a giant inflatable whale basking on the lawn outside of the ExCel centre – and a flurry of probing questions within – discussions of the viability of this project were quickly escalated to board level, causing CEO Bob Dudley to remark, “this Australian investment is not very popular today.” With these concerns subsequently echoed by institutional investors, regulators and politicians, BP’s timely decision to exit the Bight sent a strong signal. It is now clear to other oil companies with sights set on the province that future exploration will encounter sustained opposition and a range of environmental, financial and reputational risks.

In Australia, the fight will continue to ensure that the Bight remains protected as Statoil, Chevron and others consider their next move. Back in London, questions remain for BP. The company alluded
to a strategic change as a reason for exiting the province, besides the project’s lack of economic feasibility. To be sure, strategic change is what’s required if oil and gas companies like BP are to transition for commercial resilience under demand scenarios consistent with the Paris Treaty’s ambition to limit temperature rises to ‘well below’ two degrees.However, corporate reporting to date fails to provide much comfort for investors looking to see climate risk properly operationalised into BP’s forward-looking planning.

Perhaps the Bight made sense in a world of high oil prices, projections of endless demand for hydrocarbons and political inertia on climate legislation. Today’s landscape is very different. Long term investors – not least pension funds – have no interest in seeing their capital poured into projects like the Bight. But it seems the oil majors have yet to accept this sea change – and until the assumptions underpinning their corporate strategies are challenged, we are unlikely to see a shift from ‘business as usual’.

Pension funds and other investors have an important stewardship duty to stand up to imprudent capital allocation, and the governance structures that support it. The Bight decision is a clear victory, but much more needs to be done to steer companies like BP towards low carbon pathways.

Both BP and Shell face binding votes on their remuneration policies at their 2017 AGMs, the first since COP21. These present an important opportunity for investors serious about the low carbon transition to take a stance on the companies’ objectives and strategic direction. These have historically paid no regard for the need to adapt for low carbon resilience; indeed, the companies’ strategies, and the remuneration metrics underpinning them, have tended to incentivise high cost, high carbon projects like the Bight. In the context of a decarbonising economy, such approaches put significant value at risk for long-term investors in fossil fuel companies. Shareholders must use their ‘say on pay’ votes to steward the companies towards commercial resilience in a low carbon world.

Lyndon Schneiders is National Campaign Director at the Wilderness Society and Juliet Phillips is Campaigns Manager at ShareAction.