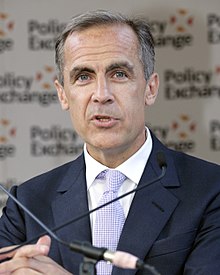 Mark Carney, the Governor of the Bank of England, says the bank is increasingly looking at the “cognitive dissonance” of insurers around their climate liabilities and assets.

He noted how insurers are on the front line of managing the physical risks from climate change and that they have responded by developing their modelling and forecasting capabilities.

“One of the lessons they have taken on board,” he said, “is that yesterday’s tail risk is closer to today’s central scenario.”

But he went on to say: “Sadly, with respect to climate, history repeats not as farce but as tragedy, with growing frequency.”

Speaking at an Accounting for Sustainability (A4S) event organised by Prince Charles, he said: “Despite the sophistication of insurers, there are some gaps in their risk management. The Bank is increasingly focused on cognitive dissonance in some insurers whose careful management of climate risks on the liability side of their balance sheets is not always matched by similar considerations on the asset side.

“With that in mind, we expect firms to consider stress testing and scenario analysis as part of their assessment of the impact of climate risk on their balance sheet and broader business strategy. This will also be reflected in our own market-wide insurance stress test exercises.”

Carney was a prime mover in the creation of the Taskforce on Climate-related Financial Disclosures (TCFD) and he said it is creating a “virtuous circle” of “learning by doing” – and that investors are differentiating between firms based on the information they receive.

Carney, speaking on the day he became a British citizen, said: “As climate disclosure moves into the mainstream, it is increasingly seen as necessary in and of itself, and as informative about which companies are focused on long-term value creation.“Moreover, as a ‘market’ in the transition to a 2 degree world is built, it can pull forward adjustment by the private sector – particularly if the policy responses of governments and the prospects for private sector innovation are credible.”

But more progress was needed under the TCFD. He highlighted that financial implications are often not yet disclosed and that disclosures are often in multiple reports, making comparisons harder.

And disclosure was weakest with respect to strategic resilience – “the topic of greatest interest to most capital providers”.
He praised his host’s decades-long “inspirational leadership” on climate issues, saying: “Indeed if we had heeded his advice when it was first offered, we might have already solved the Tragedy of the Horizon!”

In his own remarks, Prince Charles said he first raised the issue of plastic pollution – now very much in the news – as far back as 1970.

Carney said the TCFD will provide a major implementation report to the Japanese G20 Presidency.

Indeed, he was in Japan earlier this month where he met the Japan Exchange Group, operator of the Tokyo Stock Exchange, on the TCFD – in a discussion attended by Hiromichi Mizuno, Executive Managing Director and CIO of Japan’s Government Pension Investment Fund.

Meanwhile, the Institutional Investors Group on Climate Change (IIGCC) has published a new guide to help steer investors through the process of climate scenario analysis, one of the key elements of the TCFD.

Navigating climate scenario analysis sets out a five-step framework. The TCFD itself reported that no asset managers have yet described how their strategies might change under different climate-related scenarios – although the IIGCC says several investors are emerging as ‘early adopters’ of scenario analysis.