Responsible Investor
Home Asset classes Analysis: How China, as head of the G20, is spearheading a global...
Return to search
Environmental 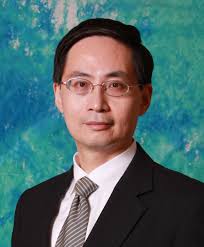 ‘Mr. Green Finance’, who could be a character in a reboot of the 1990s Tarantino hit Reservoir Dogs, is the nickname of Dr. Ma Jun, Chief Economist of the People’s Bank of China (PBOC), the country’s central bank and financial regulator.

The moniker reflects his catalytic role in driving the green finance agenda in China in a very short period of time. The country, which has presidency of the G20 this year, has made green finance and green bonds top priorities. In the past few weeks alone, Shanghai Stock Exchange has announced that it will be releasing rules to regulate the issuance of green bonds, and the Industrial and Commercial Bank of China (ICBC), the world’s largest bank, has published results of its ‘environmental stress test’ of its lending to energy intensive companies. Its assets total around $3.6trn and include significant holdings in coal, steel, cement and shipbuilding industries.

Then just this week China ordered power transmission companies to provide grid connectivity for all renewable power generation sources and end a bottleneck that has left a large amount of clean power lie idle.

Dr. Ma’s influence is not just felt in China. Andrew Bailey, Deputy Governor of the Bank of England, has credited him for influencing the UK institution to work on the green agenda.

The BoE and the People’s Bank are working together to promote cooperation on a green financial system and develop the attractiveness of green finance, in an initiative called the G20 Green Finance Study Group (GFSG).

Bailey says: “A year ago Ma Jun came to us and I said yes on the spot. It is something that central bankers don’t really do. I single out Ma Jun for our work. If it wasn’t for him we wouldn’t be here today. He’s been the driving force behind this to energise it all.”

Bailey was speaking at the Future of Green Finance Conference in London last week, a high-level meeting organised by the China-led B20, the business coalition of G20 nations, the City of London and the United Nations Environment Programme (UNEP).

The audience included Ma himself, and other top G20 policy makers; and had a surprise appearance from Bank of England Governor Mark Carney, who outlined the building blocks he thought were needed to move the green bond market into the mainstream.

Speaking at the event, Ma – a former Deutsche Bank economist who joined the central bank in 2014 – talked about the tremendous growth in the Chinese green finance market, noting that late last year the PBOC had issued guidelines on green bond standards through its Green Finance Committee. Looking at its G20 Presidency, Dr. Ma said: “Our friends at the G20 table, Mexico, Brazil and Indonesia are thinking about developing green bond markets – there is strong momentum.”On March 16, Mexican exchange operator Grupo BMV became the first Latin American bourse to launch a green bond segment.

Reflecting some of Governor Carney’s speech on green bonds that spoke to greater harmonisation, liquidity, indices, a dispute resolution mechanism and credit ratings that factor in environmental risk. Dr. Ma said in China local demand needed to be considered through developing own rules and definitions.

He added: “Third-party verification must be developed to ensure the market develops in a healthy way. We need to prevent green-washing from the start.”

He also said incentives would be necessary, noting that investment in China for the green space was mainly for reputational gain. “To keep them going for a while in the longer-term, incentives will be needed,” he said, suggesting fiscal, financial, de-risking or credit guarantees as tools.

Moving to international investors, he said global green investment in China would enhance welfare in other countries, due to better yields in China than in other parts to the world. “You get the yields and China gets the subsidies,” he said.

Other benefits would be products and diversification for long-term investors.

He said transparency was key to increase confidence in the market for the issuer and reduce spreads. He added: “The analytical ability of the market to see if they can quantify the linkage between environmental risk and credit risk of issuer will help as well,” saying it was “critical” to quantify environmental benefits.

Along with the PBOC’s focus on green bonds, China’s legislators have signalled a move to greening in the country’s 13th Five-Year Plan released this month.

The high-level document will guide policymaking through 2020, and it’s been described as the “greenest Five-Year Plan that China has ever produced”.

“So normally when people read the document they feel excited if something is mentioned even though it’s one simple phrase.” Dr. Guo is a member of the new Green Finance Committee – chaired by Dr. Ma – that was set up by the PBOC last April (link).

The document mentions building the green finance system in China, as part of the financial development reform in the country, “part of that will include green bonds,” said Dr. Guo.

He continued that the document also points out that China needs to restructure its economy, and improve its energy efficiency. “This also creates demand for green finance and green bonds,” he said.

RI asked Dr. Guo how China’s national green bond standards fits in with international ones such as the Green Bond Principles hosted by the International Capital Market Association (ICMA).

“We want to build a green bond market in China which is also connected to the rest of the world,” he explains, saying Sean Kidney, co-founder of industry group the Climate Bonds Initiative, was involved in the process, as was ICMA. Further, the Green Bond Principles has three observers from China, including SynTao and the Green Finance Committee.But he does note that there are some differences in approach. “One difference is about whether we should define the use of coal as a green bond in China. We feel we should still count it in but if you look at the Climate Bond Initiatives it’s not included. This depends on different energy structure in different regions.”

Dr. Guo says China’s green bond development has grown faster than he had ever expected, noting that three banks including the Agricultural Development Bank and China’s Industrial bank had been approved by the PBOC for issuing green bonds.

Dr. Guo said it was his hope to see more international, long-term investors come into China for green finance, noting in China’s financial markets there were more short-term investors, who could be put off by the perceived higher cost of green bonds. “We need to cultivate investors in this country and open the market to more long-term foreign investors as well.”