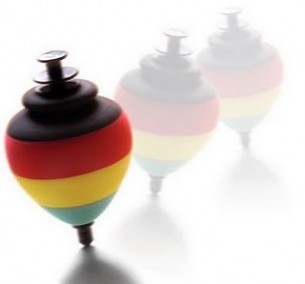 Citi Investment Research, the broker arm of the US investment bank, has called for companies to employ “less spin” in their presentation of environmental, social and governance (ESG) information to investors. The bank said that more transparency and honesty in ESG reporting would gain the respect of investors, but also meet important regulatory developments that are starting to test ESG information against the same standards as legal financial data. In a note, Citi said companies had become “more adept” at choosing the specific metrics or presentational format to “support their message” on sustainability issues. As a result of the spin, the bank says it is spending less of its research time asking for corporate information and more looking at metrics for real evidence of improvement and comparing that information across companies, which it said was much closer to pure financial analysis. The bank added: “However, as we rifle through the details, we are coming across numerous examples of data being released in a format which we find unclear and misleading.” It said a notable example was in health and safety research where it found a lack of consistent correlation between a company’s disclosed injury metric and its annual number of employee deaths. Citi said: “We feel that fatalities are a more useful metric in terms of indicating financial risk and also deliver an undisputable message over the human impact of the company’s operations on workers, but the majority of companies choose to show injury metrics in investor presentations (such as strategy days or results roadshows) rather than number of deaths.”As investors wise up to the “presentation skills” in sustainability reports, Citi said, companies who demonstrate maturity in discussing troubling data “rather than spinning it away” would stand out and gain respect.
The broker said regulators were also taking a much tougher line. The International Accounting Standards Board, it noted, had issued guidance stipulating that information in all corporate management commentary should “possess the fundamental qualitative characteristics of relevance and faithful representation”, and should also aim for full “comparability, verifiability, timeliness and understandability”. RI reported this week that Rio Tinto, the world’s second largest mining firm, was investigated by the UK Financial Reporting Review Panel (FRRP), the watchdog on corporate financial information, after investor complaints that it failed to disclose financially sensitive information about environmental and social risks to investors in its 2008 annual report. Link to article
Citi said investors should not assume that management commentary or other ESG information outside of the financial statements has been audited. In general, external auditors are only required to sign off financial statements, although many will also check that the director’s report is consistent with these.
Separately, Citi’s custody arm has added an SRI version to its securities lending cash collateral investment program. The programme was developed with Sustainalytics, the ESG research company.