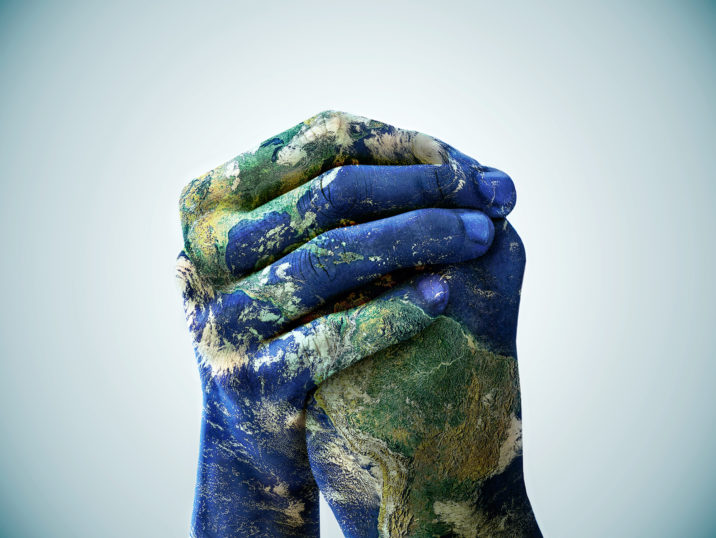 The landmark biodiversity agreement reached by governments on Monday should serve as a wake-up call for financial regulators, according to Andy Howard, global head of sustainable investment at UK fund manager Schroders.

On the last day of the COP15 conference in Montreal, 196 countries signed up for the Kunming-Montreal Global Biodiversity Framework, a deal designed to halt and reverse biodiversity loss by 2030.

Among the four goals and 23 targets, governments have committed to protecting 30 percent of land and sea by 2030, reforming environmentally damaging subsidies, and recognising the rights of Indigenous Peoples.

Schroder’s Howard told Responsible Investor that the deal should make financial regulators “sit up and listen.”

“Nature risk is an integral factor to investment risk and returns, and there is a clear opportunity in aligning financial flows towards nature positive goals. There is a lot more work to be done, but the COP15 global deal for nature is a signal the financial community cannot ignore,” he added.

The new deal, which was finally agreed following two weeks of tense negotiations, has been applauded by investors, who have particularly welcomed the explicit reference to private finance in the final text of the Framework.

Sonya Likhtman, manager at Federated Hermes Limited and co-chair of the public policy advocacy working group at Finance for Biodiversity Foundation, told RI that the Framework “sends a clear, strong message to all stakeholders, including the financial sector”.

“Financial institutions have a critical role to play in halting and reversing biodiversity loss, so it’s brilliant to see this articulated in the agreement,” she said. “All eyes must now turn towards implementation at the national level and across all sectors of the economy.”

Goal D and targets 14 and 15 of the Framework are those that financial institutions and the private sector more broadly have been most focused on.

Anita de Horde, co-founder and coordinator of Finance for Biodiversity Foundation, who participated in negotiations as an official observer, said the commitment to protecting 30 percent of land and sea by 2030 – referred to officially as the “30×30” commitment – “could be potentially the 1.5C for biodiversity.”

De Horde is referring to the world committing to limiting global warming “to well below 2, preferably to 1.5 degrees Celsius, compared to pre-industrial levels” at COP21 in 2015 as part of the Paris Agreement.

She continued: “We hope this agreement will create the same incentive for financial institutions to align their portfolios with a pathway towards halting and reversing nature loss in 2030.”

Emine Isciel, head of climate and biodiversity at Storebrand Asset Management and co-chair of the Foundation’s Public Policy Advocacy working group, told RI: “We are pleased to see that Parties recognise the important role private finance can play to protect nature. We can only have that real impact if the public and the private sectors come together to bridge the finance gap on nature and significantly increase the financial resources committed to tackling biodiversity loss.”

She added: “We note that Goal D has no mention of ‘from all sources’ or ‘public and private’ but this is referenced explicitly in the targets such as Target 14.”

There has also been praise among the investor community for Target 15, which calls on governments to take legal, administrative or policy measures to encourage and enable business to disclose, “and in particular to ensure that large and transnational companies and financial institutions” assess and disclose their nature impact and dependencies.

Peter van der Werf, senior manager of engagement at Robeco, told RI: “The Global Biodiversity Framework is an important agreement for investors. Target 15 provides clear guidance for nations to develop regulation that would require companies to report their impact and dependencies on nature. With that information investors can start to optimise their portfolios and ultimately contribute to bending the curve of biodiversity loss by 2030.”

Storebrand’s Isciel added: “As investors we need company data to guide our investment decisions. We note that ‘mandatory’ is out, but the current text implies that governments will need to ensure disclosure for large companies, along their operations, supply and value chains and portfolios.”

Moving forward, de Horde told RI the Finance for Biodiversity Foundation’s focus will shift to the implementation of the Framework, and it will start with “discussing ideas and making plans” for this in the public policy advocacy working group in 2023.

NGOs have also generally praised the framework, but some have raised concerns around the lack of specificity in the agreement.

Katie Leach, head of biodiversity at ShareAction, said: “World leaders have today taken an important step towards saving nature by adopting the Kunming-Montreal Global Biodiversity Framework. However, vague wording and non-specific targets in parts of the agreement could undermine the urgent action that’s needed to protect threatened wildlife and ecosystems.”

She continued: “The success of this Framework will come down to implementation and how the goals and targets are interpreted at a national level.”