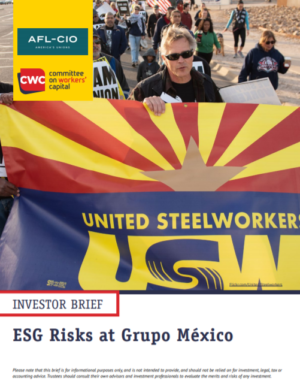 Approximately 1,700 workers in Arizona and Texas walked off the job in October 2019 to protest the company’s serious unfair labor practices1 after management demanded significant increases to healthcare costs and refused to raise wages, which would remain stagnant for 14 years under the company’s contract proposal.2 The strike has gained investor attention and crippled the company’s Hayden smelter and Amarillo refinery operations