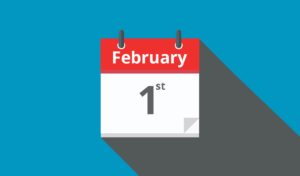 The UK’s independent Anti-slavery Commissioner Dame Sara Thornton has called on financial market participants to push businesses to correctly use the government’s Modern Slavery Statement Registry, which was introduced in March last year as part of measures to increase corporate transparency and strengthen the modern slavery act. The IASC team has investigated how companies are using the registry "whether it was fulfilling its potential as a resource for analysing modern slavery statements at scale". Its analysis found many companies did not correctly link their modern slavery statement and some gave inaccurate information. Statements should be accessible from a prominent link on the company homepage and signed off by a company director, but many fail to meet "even these basic requirement", the report says.  “Investors, financial analysts and lenders should keep up the pressure on businesses to comply precisely with the modern slavery legislation, with the long-term goal of building a usable data set for the financial sector,” said Dame Thornton.

All but one of MSCI’s ESG indexes outperformed their parent MSCI ACWI index over one, three and five years despite the 2021 resurgence of oil and gas stocks, the firm has said. MSCI’s SRI index, which includes the companies in the top 25% of ESG ratings for each sector, returned 24.5% over the past year, versus 19% for its parent index, while indexes which include an ESG screen, a weighted tilt and companies in the top 50% of ESG ratings all outperformed. MSCI’s “ESG focus” index returned 18.8% over the last year, but outperformed the parent slightly over three and five years.

The Investment Association, Association of British Insurers and Pensions and Lifetime Savings Association have launched a new template to help pension schemes calculate their carbon emissions. The template is intended to be a “functional description” of the data that pension schemes need to collect to meet the reporting requirements under climate change disclosure regulations introduced last year in the UK.

A new bill in the US state of Indiana is looking to ensure that state government cannot invest in or do business with companies that "boycott" fossil fuel industries. According to local press, author Republican Ethan Manning said banks in favour of clean energy are "discriminating against" Indiana businesses by choosing not to lend to or invest in coal, oil, and natural gas companies. “We cannot sit idly by and allow these companies to get away with harming energy companies — and Hoosiers themselves — not based on financial returns, but based on some political philosophy," he said.  It comes after a number of Republican-run states, led by West Virginia, threatened to pull billions of dollars from financial institutions which halt investments and lending to fossil fuel companies.