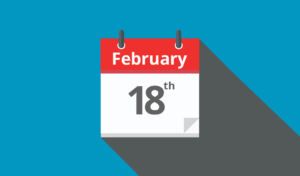 Nordea has announced it has linked sustainability goals to the remuneration of its group leadership team and other senior leaders. The goals are based on targets relating to green finance, gender balance and sustainability. The bank also announced new 2025 sustainability targets, including that 80% of the top 200 emitters in its asset management division’s portfolios should be either aligned with the Paris Agreement or subject to active engagement to become aligned. It has also committed to double the share of “net-zero committed assets” under management and ensure that 90% of the exposure to large corporate customers in climate-vulnerable sectors are covered by transition plans.

BlackRock has told the Texas state government that it wants to see fossil fuel companies “succeed and prosper”, and that it is proud of its investments in Texas-based energy companies. In a letter seen by Bloomberg, BlackRock’s Head of External Affairs highlights the firm’s $259bn investments in fossil fuels, and recent statements by Larry Fink that “hydrocarbon companies are part of the solution, not the problem”. The letter says that BlackRock will continue to invest in and support fossil fuel companies, and that as a long-term investor in the firms, it wants to see them “succeed and prosper”. RI approached BlackRock for comment, and a spokesperson said: “As a fiduciary that manages money on behalf of our clients, our highest priority is maximizing value creation for our clients. Part of that responsibility includes helping clients successfully manage trends towards decarbonization and the re-pricing of assets to reflect climate-related risks. Our clients already have significant exposure to the energy industry through our index funds and ETFs. As a result, they rely on the returns generated by energy companies to help them meet their long-term financial goals, like retirement.” The person added: “We have been consistent about the important role hydrocarbon companies play in meeting the energy demands of today, while helping transition to the cleaner energy needs of tomorrow. These companies have a significant advantage in access to the resources and expertise needed to drive the transition and we must work with them to achieve a more sustainable energy mix.”

French investor CNP Assurances, which has $337bn in assets under management, has committed to ending new investment in companies developing new oil and gas projects. The investor said it will engage with its holdings in the sector asking them to immediately stop any new oil or fossil gas exploration or production project – covering both conventional and unconventional methods. It specifically highlighted its holding in French gas transmission system operator GRTgaz, saying it will “continue to play a role as a demanding shareholder”, by working with the company to support the renewable gas sectors and continue efforts to reduce methane emissions.

A California state senator has announced plans to introduce a fossil fuel divestment bill to the state’s legislature, which would force CalPERS and CalSTRS to ditch their fossil fuel holdings. Senator Lena Gonzalez, who represents California’s 33rd district, said that “investing billions in the fossil fuel companies that are polluting our environment while at the same time trying to meet ambitious emissions reduction goals is contradictory and incongruous”. If the bill becomes law, the two pension funds will be required to make no new investments in fossil fuels and ditch their existing holdings by June 2027. In 2015, the state passed a law forcing the funds to divest around $207m worth of holdings in thermal coal companies.