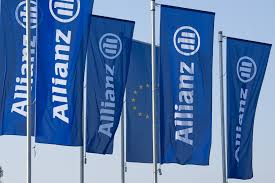 The German Association of Critical Shareholders (DKAA) has failed to persuade fellow shareholders in Allianz to deny the insurer’s management discharge due to what the DKAA says is Allianz’s exposure to companies that damage the environment and violate human rights.

In its counter-proposal for Allianz’s annual general meeting (AGM) last week, the DKAA said the insurer was invested in mining firms that have been criticised for environmental pollution, exploitation of rare water resources and displacement of local populations. These include Barrick Gold, AngloAmerican, Newmont Mining and Rio Tinto.

The DKAA also said Allianz had around €1.8bn in two oil firms with a particularly poor environmental record: Royal Dutch Shell and Russia’s Gazprom. In the case of Shell, the association said its oil extraction in the Niger delta had caused “pollution, impoverishment and militarisation” of the region. Shell and Gazprom, meanwhile, aimed to exploit the oil reserves of the Arctic, which could have devastating consequences to the region’s ecosystem, DKAA said.

According to the association, the investments reflect that, contrary to recent promises, Allianz was not becoming more sustainable and management should be held accountable through a denial of discharge, that’s to say shareholder approval of management action.“What we’re saying with the counter-motion is that Allianz should live up to its ecological responsibility by either divesting these companies or at least engaging with them regarding their negative environmental impact,” Markus Dufner, DKAA’s managing director, told Responsible Investor.

A spokesman for Allianz could not be reached for comment on the DKAA’s counter-proposal. Despite it, Allianz’s shareholders overwhelmingly approved discharge of management for 2013. The vote was 99.78% in favour.

With near €500bn in insurance assets, Allianz is Germany’s biggest institutional investor and one of the country’s first signatories to the UN-supported Principles for Responsible Investment (PRI). In July 2012, the insurer created a special executive board to promote the inclusion of sustainable principles in its investments and underwriting.

At the AGM, shareholders, including Frankfurt asset manager Union Investment, were otherwise concerned with the recent turbulence at Pimco, the world’s biggest bond manager and Allianz affiliate. It follows the departure of co-CEO Mohamed El-Erian. Link to DKAA’s counter-motion