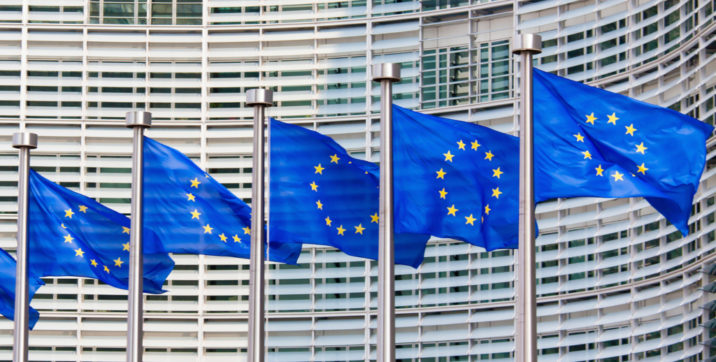 The European Banking Authority (EBA) has recommended that the EU’s incoming green bond standard be “adjusted” for use in the securitisation market. The suggested change would mean securitised products whose underlying assets are not green – and even potentially environmentally harmful – could be labelled as such, if their proceeds are used in accordance with the standard.

The EU’s banking watchdog made the recommendation in analysis published yesterday, which also suggested that the establishment of a dedicated framework for green securitisation is “premature” given the nascent stage the market it is in.

Instead, the regulator proposed that the incoming EU Green Bond Standard (EUGBs) regulation be altered for securitisation, so that for such products it would apply “at originator level (instead of at the issuer/ securitisation special purpose entity (SSPE) level).”  An originator is the entity in a securitisation that pools debt into a portfolio which is then sold on in tranches.

This adjustment, the EBA continued, “would allow a securitisation that is not backed by a portfolio of green assets to meet the EUGBs requirements, provided that the originator commits to using all the proceeds from the green bond to generate new green assets.”

The regulator admits in the text that this workaround “does not appear to be an obvious path,” in part, because it would “would allow EU green bond securitisation to be backed by non-green assets.”

However, it continued, “it appears to be the most efficient and pragmatic approach during a transition phase” and added that it would “also ensure that securitisation is treated in a consistent manner as per other types of asset-backed securities.”

Additional disclosure requirements would be needed for green securitisations, however, “to ensure that investors are made aware of the green characteristics of the underlying securitised assets and to limit the risk of the ‘adverse green selection of assets’,” the EBA stated.

A consequence of using the EUGBs without the proposed adjustment would be that the originator would be free to use the “proceeds of the securitisation bond to generate non-green assets,” the EBA noted – putting out of step with green bonds, which are required to use 100% of proceeds to finance EU taxonomy-aligned investments.

The proposed adjustment is, therefore, designed to encourage more financial flows towards green assets – which is the logic behind the EU GBs regulation, Lars Overby, Head of Risk-based Metrics at EBA, told RI.

Without the adjustment, “there is no restrictions on the funds used and no obligation to generate any new green assets; you’re just moving assets from one bank balance sheet to the entity [doing the securitisation],” he said.

But under its proposal, even “assets, ‘which are significantly environmentally harmful’ would be allowed as collateral in an EuGB securitisation.” Because of this, the EBA stated that “disclosures of the environmental performance of the assets backing an EuGB might be needed by investors to perform their ESG due diligence assessment and to ensure that, beyond the EuGB label, the bond ultimately also meets their own internal ESG policies and targets”.

Overby told RI that the regulator “had a long discussion on whether to explicitly exclude certain assets,” but in the end “we decided not to put any restrictions.”

“What we put instead was quite strict disclosure requirements because it’s very important that investors actually know what they’re buying. We don’t want to have any kind of misselling that you are buying something and you do not know what you’re getting,” he added.

EBA stated in its analysis that additional disclosure would be needed to ensure that 1) “originators are not incentivised to invest in new assets, ‘which are significantly environmentally harmful’ with a view to securitising them through an EuGB, and to benefit from a positive pricing differential.” And 2) “limit the risk of adverse green selection of assets whereby the originator sells off its legacy ‘brown’ collateral to securitisation investors and keeps the ‘high-quality green’ collateral on its balance sheet.”

Overby also told RI among the investors it spoke to on this issue there was quite a diverse range of views, “which is perhaps less surprising in the absence of a market standard”.

Going forward, he added that, “we will need to monitor how the development goes, and if there are any practices that lead to any form of greenwashing. While the risk appears low, we will be ready to act on this.”

Sean Kidney, CEO of non-profit Climate Bonds Initiative, told RI that he is “absolutely a supporter” of the EBA’s proposition. “If someone wants to securitise a portfolio of petrol cars and then lend that money onto electric vehicles, that’s how we achieve transition. I welcome this change.”

“What we want is a wall of money hunting for green investments,” he said, adding that if we insist that that money be backed by green assets, we are going to have to wait a lot longer to get a market and we do not have that luxury.