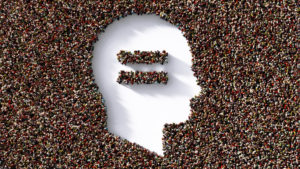 Human rights are increasingly rising up the investor agenda. Just last month around two-thirds of respondents to an RI survey said they believe human rights will become as mainstream a consideration as climate change for investors. Investors are also increasingly conducting collective engagement on the issue.

The PRI’s engagement initiative is expected to initially identify and select the two most important sectors – both in terms of their size and commonality and/or severity of human rights issues, RI understands. From there, approximately the 30 largest companies will be selected for collective engagement as a starting point.

Currently, the PRI is recruiting a new member of staff to help internally. From September, it plans to start recruiting investors for an advisory committee.

In other ‘S’ news, regulators have started turning their attention to ‘social scenario analysis’. ESG-related scenario analysis is traditionally focused on climate, but market participants and now regulators including the European Banking Authority (EBA) and Brazilian Central Bank (BCB) are suggesting it could be expanded to other areas.

In late June the EBA published a report on management and supervision of ESG risks for credit institutions and investment firms, which suggested institutions incorporate "ESG risk-related considerations when setting their business strategies […] by including a number of different environmental and social scenarios into the planning process based on the institutions’ monitoring and understanding of long-term trends in the business environment.”

An EBA spokesperson told RI “institutions should gain insights and inform their business strategies” by doing so and that the regulator supports further developments in social scenario analysis.

“While we acknowledge that qualitative and quantitative indicators, metrics and methods that are currently available to institutions for the assessment of risks are more advanced for environmental risks than for social and governance risks, the progress in this policy field, including the further development of the EU taxonomy, should gradually allow institutions and supervisors to develop their approaches on social-related risks,” the spokesperson said.

In addition, it is believed that the Brazilian Central Bank (BCB) is looking at social scenario analysis as part of a consultation on establishing ESG disclosure requirements for financial institutions. Gabriel Webber Ziero, Head of Policy Outlook at ECOFACT AG, pointed to the BCB’s consultation published earlier this year, which says the the bank aims to go beyond a TCFD-based approach to also include other topics falling under the ESG scope, suggesting that financial institutions included in its scope should report their “institutional strategies that relate to business as well as to risk and capital management in the short-, medium-, and long-term horizons, that consider different scenarios”.

“Climate scenario analysis is not enough, it needs to be for E, S, and G to make the system more robust,” Webber Ziero said. He added that if the BCB’s proposal is adopted, it will require a change in perspective on how ESG issues are considered throughout financial institutions’ operations and strategies.

The BCB had not replied to a request for comment at the time of publication.

Regarding what metrics could be used for social scenario analysis, Ziero suggested they could include unemployment rates, the Human Development Index, access to higher education, gender pay gaps and poverty rates. The EBA said institutions should consider insights from the European Commission’s European Pillar of Social Rights – which outlines 20 principles relating to, for example, equal opportunities, access to the labour market and social protection and inclusion –  to build scenarios and analysis.

However, Ziero said he is not overly optimistic that other banks and institutions will also pick up the novel concept of social scenario analysis. “The climate battle, from a regulatory point of view, is being won only in certain markets and with a very slim margin, because it is undeniable we have a crisis, but would we be able to have the same ingredients from a social issues perspective? Social issues are still difficult to address.”

He pointed to the recent report on the Social Taxonomy, which in its introduction explains that not all the members of the platform tasked with advising on the possible extension of the EU Taxonomy to cover social issues were convinced there is a need for it. “If the party who is driving the agenda for sustainable finance is facing challenges, then imagine how difficult it will be for others to come around.”

Lehmen believes that expecting financial institutions to conduct social scenario analysis would not necessarily involve reinventing the wheel as there are already some voluntary social standards and reporting initiatives. For example, she pointed to Brazilian financial institutions being signatories of the Equator Principles, which in its latest version requires rather granular social reporting.