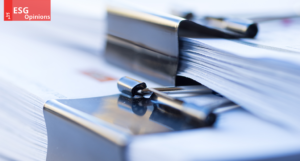 Looking back to when we launched CDP over two decades ago, aiming to transform markets and address the climate crisis through the transparent sharing of data, it is incredible to think how far the world has come.

When we began asking companies to publish their carbon emissions in 2002, it wasn’t something that had been done before.  Back then, there was barely any information on the impact companies had on the climate. Market focus was almost exclusively centered on gains with no consideration for environmental consequences.

Some of the first investors we approached to back our disclosure request told us that climate change wasn’t a concern for them or their clients. For most, it wasn’t a risk, but a hippie side issue, if not an outright hoax.

Thankfully, this is a very different world to the one we live in now. Climate change is no longer a fringe topic but top of boardroom agendas. Now, companies across every industry, including those who once told us the subject was irrelevant, are disclosing, setting targets and taking action.

To get a sense of this progress, let’s look at the numbers. In 2002, we asked 500 of the world’s largest companies to disclose on carbon, backed by just 35 investors. That year, 245 responded.

Over the years that followed, we’ve seen momentum build, creating a vast, standardised and comparable global environmental dataset.  2021 represented another record year for CDP disclosures, with over 13,000 companies worth over two thirds of global market capitalisation reporting their environmental data. That represents a 140% increase since the Paris Agreement was signed in 2015.

The content of company disclosures has also evolved. At the beginning, it was difficult enough persuading companies to measure their own energy use. Now, businesses recognise that their responsibility doesn’t just end at their office door, but that a full value chain approach is required. The focus is now on financial institutions too, not just as the users of data, but as a key lever to ‘shift the trillions’. Financial institutions are now being expected to disclose and take responsibility for their financed – scope 3 – emissions, which are on average 700x greater than those associated with their own operations.

Disclosure doesn’t just end at carbon. This movement has expanded to cover other important environmental issues. CDP was a first mover in tracking this progression, launching disclosure requests on water security and deforestation over the years, following significant interest from the users and providers of the data.

Momentum now continues to gather. A renewed focus on nature and biodiversity was seeded by the IPCC last year and reiterated at COP26, while nature and biodiversity are set to dominate further in 2022. A lesser known COP – COP15 – taking place in April aims to do for biodiversity what COP21 did for climate change,  and will see corporate disclosure discussed in the context of nature for the first time. High quality standards and methodologies are also starting to emerge, with the Taskforce on Nature-related Financial Disclosures (TNFD) expected to publish its draft framework this year, and a Science Based Target for nature currently in development.

We at CDP are also evolving in line with this shift by expanding our disclosure focus beyond climate, forests and water to cover more environmental issues, including land, oceans, biodiversity, resilience, waste and food.

More companies are waking up to the reality of the wider environmental crisis and adopting a more holistic approach. However, private sector transparency on these issues still lags far behind climate; while 13,132 companies disclosed through CDP on climate in 2021, just 3,368 companies did so on water and 864 for forests.

Corporate disclosure in general still faces many challenges. While we saw record disclosures in 2021, 16,870 companies – including Chevron, Exxon Mobil, Glencore and Berkshire Hathaway – still failed to respond to the request for information from their investors and clients.

Thankfully, this standoff can’t continue for long. Environmental disclosure regulation – once a far off ambition for those of us working in ESG reporting – is now becoming a reality.  The launch of the Task Force on Climate-related Financial Disclosures (TCFD) in 2015 was a pivotal moment, bringing the heavyweight support of Mark Carney and Michael Bloomberg to climate disclosure. And what started as a voluntary set of recommendations is now forming the basis of mandatory regulation in many jurisdictions, from the EU, UK, Singapore, Japan, Canada and South Africa.

While the majority of this regulation is based on the TCFD recommendations, some countries and regions are going even further. The EU and Switzerland already announced more ambitious policies that will require companies not just to disclose the environmental risks they face, but also their impact on their environment, i.e. double materiality. This is a development we strongly support and one which we expect more countries and regions to follow.

These different regulatory requirements will also converge further following the launch of the International Sustainability Standards Board (ISSB) at COP26 last year. This will create sustainability disclosure standards for financial markets that can be used by regulators worldwide, driving greater comparability and standardisation, which is vital for the accurate tracking of progress.

Of course, disclosure is just the foundation, not the destination.  We need all companies to set ambitious targets across the full value chain, alongside detailed and credible transition plans. Encouragingly, we have also begun to see significant progress on this front. Science-based targets, not long ago a nascent concept, have well and truly hit the mainstream with a dramatic increase in the number of companies setting these ambitious targets every year.

We have also seen a swathe of net zero commitments, with nearly a third of the world’s 2,000 largest listed companies having now committed to a net zero strategy. However, while this momentum merits celebration, concerns remain over the credibility and validity of these targets.

Regulation is not quite there yet in terms of holding all companies to account on net zero. There are, however, some promising signs of movement on this front. This includes the UK signalling that companies will soon be required to publish transition plans, the Science Based Targets initiative launching its net zero framework, and the UN’s creation of an expert group to analyse private sector commitments.

The environmental disclosure movement has made so much progress since we posted our first carbon questionnaire to companies in 2002 – then fitting on only one side of A4. This is not just down to the big moments and seismic movements – the Paris Agreements, the Carneys and the Gretas – but also the countless hours other individuals and organisations have spent chipping away. We have collectively done so much, but the reality remains – and the science shows – we are still nowhere near where we need to be. In many respects, for organisations like CDP, the work is just beginning. 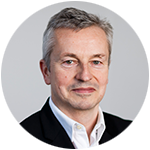 Paul Dickinson is the Founder and Chair of CDP