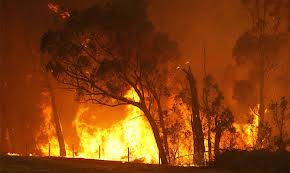 The new Australian government’s plan to repeal the country’s carbon tax is being strongly opposed by A$700m (€486.9m) fund management firm Australian Ethical Investment, which argues the measure is already showing signs of having an impact.

The carbon tax was introduced under the previous government headed by Julia Gillard but new Prime Minister Tony Abbott has made repealing it his first priority.

Australian Ethical’s Managing Director Phil Vernon said: “We strongly oppose the proposal to repeal current legislation that is aimed at ensuring there is a market price for carbon.

“We believe that as a major per-capita emitter, and a major exporter of fossil fuels, Australia has an important role to play in international efforts to avert dangerous climate change.”

He asked: “Why repeal a system that is in place and working?” There were “few concrete reasons” for removing the current system and replacing it with an untried approach which may incur extra costs.

There was no doubt the presence of the carbon price has sent signals to the investment market about supporting lower-emission energy sources, Vernon added. In addition, predictions of economic hardship for individuals arising from carbon pricing had proven “largely unfounded”.Australian Ethical was part of the country’s first shareholder resolution on carbon, at Woodside Petroleum in 2011.

The government has put the carbon tax repeal bills to a public consultation, with a deadline for responses set for November 4 ahead of a planned abolition on July 1 2014. The move will see the Climate Change Authority, set up in 2012 to assist with the carbon price, emissions reduction targets and other climate change initiatives, also shut down.

It comes as Australia’s Climate Council has linked the current bushfires in New South Wales to climate change. “To deny the influence of climate change on extreme fire weather, and not take appropriate action to prepare for these changed conditions, places people and property at unnecessarily high risk,” the body said in interim findings ahead of a full report on the link between bushfires and extreme weather next month.

Al Gore, the former US Vice President and co-founder of sustainable investment firm Generation Investment Management, has also entered the debate. “The meaningful way to resolve this crisis is to put a price on carbon and in Australia’s case, to keep a price on carbon,” he told Australian TV.