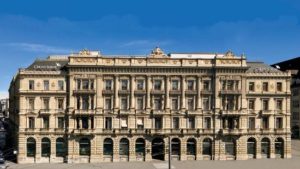 Ethos, the governance advisory firm backed by Swiss pension funds, has advised its clients against granting discharge to the board of Credit Suisse – in part due to the banking giant’s alleged links with the controversial Dakota Access pipeline (DAPL).

Under Swiss law, shareholders vote to release board members from liability for their activities during the year under review, the so-called ‘discharge’. Shareholders that grant discharge lose their right to file claims against board members.

“The legal cases have multiplied these last years for Credit Suisse and there is no sign of ending, as shown by the recent raids at offices of the bank in Amsterdam, Paris and London end of March, Ethos says.

“In light of pending legal cases, but also of accusations that the bank’s project finance breached internal standards (by financing the Dakota access pipeline that is planned to cross Native American reservations in Dakota in the US), Ethos considers that granting discharge to the governing bodies of Credit Suisse is premature at this point.”

Ethos cites criticism of Credit Suisse from Greenpeace and other NGOs for funding companies involved in DAPL.
“The environmental NGOs argue that they have uncovered documents stating that Credit Suisse is involved in an $850m financing project that includes Dakota Access partner firm Energy Transfer Equity,” it says in a 48-page analysis ahead of the bank’s AGM on April 28, quoting the NGO as saying this violates Credit Suisse’s own principles.Ethos quotes Credit Suisse’s own policies and guidelines as saying it “seeks to promote responsible oil and gas industry practices that protect the environment and the climate system, ensure worker health and safety, protect human rights, respect local communities, and engage the public through consultation and disclosure”. It adds that the bank has denied any wrongdoing on this issue.

“Granting discharge is premature at this point.”

It comes as BNP Paribas announced this week that it has sold its $120m share in the $2.5bn Dakota Access Pipeline loan after an “extended and comprehensive review of the project”. DAPL is firmly on asset owners’ radar, as demonstrated by RI’s recent interview with CalPERS’ Head of Sustainable Investment Anne Simpson recently.

Ethos is also opposing the re-election of several board members, including chairman and vice-chairman Urs Rohner and Richard Thornburgh, board and executive remuneration and the dividend proposed by the board, which it says is “unreasonable”.

Separately, US-based proxy advisor Glass Lewis is advising Credit Suisse shareholders to reject the bank’s proposal to pay CHF26m in short-term bonuses to its executive board, according to reports.

Ahead of the 2017 Swiss AGM season, Ethos is publishing on its website a page dedicated to the remuneration of the chairmen and CEO of the 20 most important Swiss companies. Link