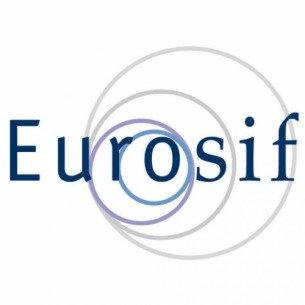 Investors are increasingly adopting responsible investment screens based on international norms such as government treaties, with bespoke company exclusion policies and best-in-class strategies showing as the next fastest growing strategies, according to the bi-annual European SRI Study 2012, produced by the European Sustainable Investment Forum (Eurosif), which was unveiled at RI’s ESG Europe 2012 conference in Amsterdam today (October 4). The three RI strategies were identified along with investing in dedicated sustainability funds as the four fastest growing sectors out of six recording growth of more than 35% each per annum since 2009 in Eurosif’s new survey classification. The other two categories: ESG integration in financial analysis, and engagement and voting on sustainability matters, while both much larger in terms of assets, have grown at a much slower pace since 2009, the report says.
Eurosif noted that all of the six strategies had, however, recorded stronger growth than the European Fund and Asset Management Association (EFAMA) estimates on mainstream European assets under management (AUM), which grew from €12.8 trillion in 2009 to €13.8 trillion in 2011, giving a compound annual growth rate of 3.8%, albeit over more markets than the Eurosif study. The Eurosif study also registers the caveat that its data is self reported and that double counting of sectors is possible if the information is reported separately. Another of the Eurosif study’s significant top-level findings is that the retail SRI market which, while growing in aggregate, is not growing as fast as the institutional SRI market. The proportion of institutional assets in the total survey universe has grown from 92% in 2009 to 94% in 2011.The Eurosif survey has gone through a major methodology overhaul since it was last published in 2010 to show data from 2009. Then, Eurosif used a much wider ‘core’ (investment in funds) and ‘broad’ (exclusions/engagement etc) terminology to measure the whole SRI market. The 2010 European SRI study estimated that total SRI assets rose to €5 trillion as of December 31, 2009, up from €2.7 trillion in 2007, a compound annual growth rate for the period of 37%. The latest study breaks down the market growth into the six separate strategies above and for the first time records the growth of impact investment.
The data for the new sector classifications has been recalculated using previous years’ data to enable comparability over time. Norms-based screening, which has predominantly been strong in the Nordic region, recorded significant estimated growth in the last two years, rising from €989bn to €2.3 trillion: a compound annual growth rate (CAGR) of 54%. Italy recorded a massive 1056% growth, with France rising by 527.5% and Poland by 151.2%. Eurosif said most of the norms-based assets were subject to the international Conventions on Cluster Munitions and Anti- personnel mines.
Bespoke investor exclusions: (those not covered by norms) enjoyed a CAGR of 47.9% to reach €3.8 trillion. Germany was the biggest rising market (733.8%) followed by Switzerland (495.4%) and Austria (147.7%).
Assets run by European investors using best-in-class/positive screen strategies have more than doubled from €132.9bn to €283.2bn (CAGR of 45.9%). The highest growth was recorded in Sweden (213%), Austria (51.3%) and France (52.8%), although growth was very positive in

Italy and Switzerland. Sustainable themed investment strategies, which fell at the time of the last Eurosif report in 2009 to just over €25bn (from €26.5bn in 2007), have now risen to €48bn (CAGR 37.7%), with notable rises in the Netherlands and UK. ESG integration in financial analysis, however, has grown much more slowly from €2.8 trillion in 2009 to €3.2 trillion in 2011 (CAGR 6.8%). The same trend is noticed with engagement and voting strategies, which have reached €1.95 trillion (CAGR 8.1%). Impact investing, which is measured for the first time in the study and includes microfinance, social business and community investments, was found to have reached €8.75bn in assets, of which 55% is in microfinance. The figure also includes France’s Fonds Solidaires (Solidarity funds), where parts of the assets or returns are allocated to social or sustainability themes.Eurosif said the main driver for SRI demand in the next years would continue to be from institutional investors and that increasing focus on investors by national and EU legislators would be the driver. However, it noted that the figures masked some uncomfortable truths, particularly that much of the growth in each of the individual strategies comes from a small number of large institutional players. Francois Passant, Eurosif Executive Director said: “The study shows the continuing sophistication of a fast evolving market as several players are adopting multiple responsible investment strategies, often in combination. This sophistication also highlights the need for enhanced transparency and clarification of practices. It also surely supports our conviction that SRI has the potential to bring some answers to the growing concern by society and policy-makers about reconciling finance with long-term, sustainable growth.”
Link to Eurosif