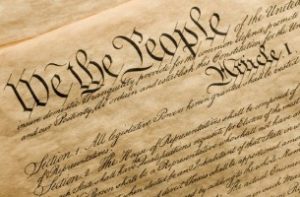 Exxon’s latest attempt to have climate change lawsuits brought by New York and Massachusett’s Attorneys General (AG) against it dismissed is using a successful National Rifle Association (NRA) claim as its basis.
In a high profile case earlier this year, the NRA alleged that New York officials had violated its First Amendment rights when they sought to pressure insurers to stop working with the gun rights group after a series of mass shootings.
In November, a New York federal court agreed with it that New York Governor Andrew Cuomo and the New York State Department of Financial Services were “exercising state authority in a manner that discriminated based on viewpoint”.
The AG climate lawsuits accuse ExxonMobil of defrauding investors by concealing climate change-related risks to its business. But in its latest court petition in the case, Exxon says that it should be treated the same as in the NRA case because, it says, “the state conducted its investigation in an effort to suppress’ plaintiff’s viewpoint”. The New York Attorney General’s office would not comment on the Exxon letter because the “litigation was ongoing”.
However, Michael Garland, the NYC Assistant Comptroller – Corporate Governance and Responsible Investment, told RI: “I’ve sat in meetings with other investors when Exxon showed us a chart of the proxy cost that was assumed in various markets around the world and that they had integrated into internal planning and decision-making. Clearly, they didn’t do what they told us they were doing, and that seems to have had the effect of causing them to underestimate, based on their undisclosed methodology, the cost of such projects and has likely led to overinvestment in carbon intensive projects. The onus is now on the board to provide the disclosure of the impact of them not doing what they said they were doing.”RI asked Garland if the company’s recent climate scenario report addressed any of those concerns? “That’s a good question,” he replied, “but I don’t know that you can line one up against the other. The AG’s allegations undermine the credibility of representations by the company; that they are including these expenses in their long-term planning and that they understand them and integrated them into their processes.”
On the company’s use of the NRA case to back their arguments, Garland said: “I think it’s fascinating that they’re relying on the NRA.”
But he raised some serious objections to the attempt by Exxon to rely on free speech laws. “Isn’t the integrity of the US capital markets predicated on disclosure by companies and the ability of investors to rely on the accuracy of that disclosure? The notion that disclosures to shareholders are somehow protected speech, and you can say whatever you want whether it’s true or not, seems to be directly in violation of the founding principles of the capital markets.”
Exxon’s latest defence is predicated on being able to say what it likes about climate change because to prevent it from doing so would be a violation of its free speech rights.
Since Citizen’s United – the case that opened the door to corporate political spending because ‘corporations are people’ – it could be argued that it has free speech rights.
However, Garland notes that different rules apply: “Why did the SEC fine Elon Musk tweeting about an offer? Why isn’t he entitled to free speech?”
“I’ve read the complaint,” he continued, “there’s a fair amount of specificity in the allegations, they’re pretty damning. I don’t know how you get out from under that. But I would guess that the AG is in a pretty strong position, assuming the allegations have some merit.”