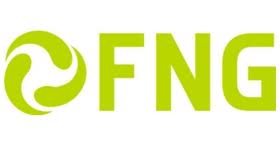 FNG’s latest market report shows that the total volume of the assets rose 17.2% in 2013 to €83.7bn. The growth rate is virtually the same as for 2012 (17.8%), and the volume was split more or less evenly between sustainable funds and mandates for institutional clients.

Commenting on the growth in all German-speaking countries, FNG Chief Executive Volker Weber said: “Sustainable investments enable investors to express their values. The integration of ESG (environmental, social and governance) factors also can minimise your risks while increasing your return potential. It’s no wonder then that the investments are experiencing robust growth.”

However, sustainable funds still account for just a fraction of the entire investment markets for the region.In Germany, they are just 1.5% of that market, in Switzerland 3.8% and in Austria 4.5%.

Turning to responsibly managed assets – that is where cluster bombs or speculation in foodstuffs are excluded – FNG said the volume in the German-speaking lands totalled €2.46trn in 2013 compared with €1.43trn in 2012. Although there was some growth in these assets, the dramatic increase was mostly due to better tracking of them, FNG said.

Exclusion of cluster bombs and anti-personnel mines accounted for nearly all (€2.45trn) of the responsibly managed assets in the German-speaking lands. Assets that shunned chemical and biological weapons accounted for another €105bn, while those that excluded speculation in foodstuffs totalled €48bn.