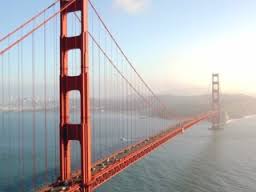 The news that Glass Lewis’s Chief Policy Officer Robert McCormick is leaving to become a partner at CamberView Partners, which provides investor-led advice for listed companies on shareholder activism and engagement, will come as a surprise to many in the governance world.
McCormick has been with Glass Lewis for more than 10 years, and is seen by most as the firm’s public face. Prior to his tenure at Glass Lewis – which is owned by Canadian pension investors the Ontario Teachers and the Alberta Investment Management Corporation – he led proxy voting at Fidelity Management and Research.
The announcement, coming as investors and companies prepare for the forthcoming annual general meeting season, means McCormick is the latest senior industry figure to join CamberView, which in September announced a “strategic investment” from Corsair Capital.
That same month it named former Institutional Shareholder Services’ Europe head Jean-Nicolas Caprasse to head up its new European business alongside Lindsay Tomlinson, former Vice Chairman of BlackRock and Barclays Global Investors UK. Tomlinson, a former chair of the UK’s National Association of Pension Funds (now the PLSA) and a board member at the UK’s Investor Forum, would join as Chair of its European Advisory Board.
It’s all part of a raft of senior hires at the San Francisco-based firm, which was founded by Abe Friedman, the former Global Head of Corporate Governance and Responsible Investment at BlackRock. Indeed, Friedman was himself Chief Policy Officer at Glass Lewis at the time the firm was founded and helped develop its proxy research business – so McCormick is following in his footsteps.McCormick told Responsible Investor: “I am excited about joining the team at CamberView and look forward to helping companies successfully engage with their shareholders, particularly now when engagement between investors and companies is more important than ever.”
His role at Glass Lewis was to oversee policy development of its proxy voting guidelines. He is on the advisory boards of the University of Delaware’s Weinberg Center on Corporate Governance and Enlight Research and is frequent media speaker. Other ‘shareholder side’ partners include Peter Clapman, formerly head of governance at TIAA–CREF and Richard Koppes, formerly deputy executive officer at CalPERS.
CamberView’s services include: developing the playbook companies can use to win contested situations and difficult shareholder votes. It designs “specific engagement strategies tailored to each investor and proxy advisor; crafts proxy materials that build shareholder support; develops messaging that resonates with critical decision-makers; instructs companies on how to avoid common mistakes; and coordinates among clients’ advisors to deliver success.”
Asked if the firm had any candidates in mind for a successor to McCormick, Glass Lewis’s CEO Katherine (KT) Rabin said: “We are very proud of our people, our business is thriving, and we are identifying candidates who are emblematic of our culture of integrity and innovation.” CamberView announcement