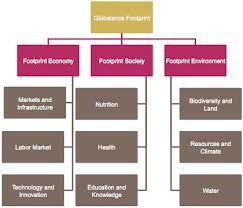 Globalance analysed the Dax, Germany’s benchmark equity index. The bank said its tool had identified 10 of the 30 firms in the Dax with the best footprint, adding that when this group was compared with the entire index, it clearly outperformed it.

According to the bank, the 10 Dax stocks with the best footprint gained near 9.7% between August 15 2007 and August 15 2012, while the Dax as a whole lost 6.7% during the five-year period. Similarly, when Globalance analysed the performance of 10 Swiss stocks with the best footprint against the benchmark equity index SMI, the former was up 0.3% in the five-year period, while the latter lost 11.6%.

Ringger and his partners launched Globalance in the spring of 2011 as a private bank catering mostly towealthy clients, family offices and foundations. It says that today, it manages several hundred millions of Swiss francs for its clients.

The bank’s first piece of business was won in June 2011, when it took over the assets of Sustainable Performance Group (SPG). SPG was a sustainable investment vehicle that was partly owned by five Swiss pension funds.

The portfolio footprint tool was introduced in September, and Globalance says that both private and institutional clients have expressed interest in having their investments analysed.

“Investor trust in asset managers has been sagging for years now. These days, investors care not only about performance but about transparency, capital protection and the impact of their money,” Ringger said. “Our tool links returns to the impact of investing for the first time and demonstrates our ability to innovate in private banking.”