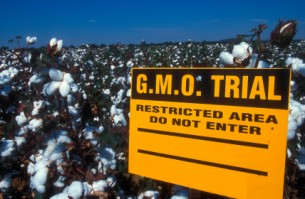 A ‘myth-buster’ about genetically modified food has been put together for sustainable investors by UK fund firm Royal London Asset Management.
The 15-page document was written by Niall O’Shea, Head of Responsible Investment at RLAM, which has more than £75bn (€95bn) under management. “As an asset manager with a specialism in Sustainable Investing we are sometimes asked what our position is on Genetically Modified or Transgenic organisms,” O’Shea writes. His approach in the document is to examine the credibility of the arguments for and against using genetically modified crops. RLAM has reviewed most of the “temperate” research and consulted leading academics and global agricultural centres.
“GM joins nuclear power in a duopoly of technologies that bitterly divide people who claim to be committed to sustainability,” O’Shea – who joined RLAM when it acquired the Co-operative Asset Management last year – explains.
The format is to examine the arguments, for example, the notion that We need GM because we’re going to need more food. RLAM then rates the credibility of the argument out of 10, summarizing the stance of both proponents, critics and alternative views, before making its own analysis.
It includes case studies, such as the Hawaiian papaya industry, as well as a breakdown of what each individual company is working on (including BASF, Bayer, Dow, DuPont, Monsanto and Syngenta).While GM has the potential to be socially useful “so long as the conditions are right”, the report says, it adds that it is “wise to challenge” a scenario where a handful of companies wield “potentially enormous control” through the intellectual property of seeds.
RLAM says: “They cannot be relied upon to maintain the interests of the poor at heart when they serve shareholders first… We need better models of joint public/private research and development.”
The response is “obvious”: governments, development organisations, NGOs and social entrepreneurs “will have to reprise a variation on the command-and- control approach used in the ‘50s and ‘60s”.

According to the Interfaith Center on Corporate Responsibility (ICCR), which tracks US shareholder resolutions, there are a series of GM proposals in the works at companies such as Abbott Laboratories, DuPont, Dow Chemical, Monsanto and Safeway. They’ve been filed by groups such as Green Century Capital Management, Harrington Investments and As You Sow.

The guide ends with the example of electric car firm Tesla, whose CEO Elon Musk has opened up its patents to competitors: “Will a Monsanto or Du Pont go further, and follow Musk’s example by unconditionally opening its vaults to all pro bono projects?”