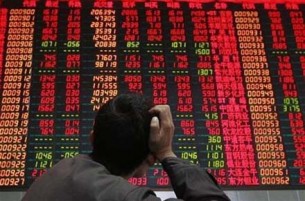 The lack of a binding international agreement at the COP-15 Copenhagen climate summit in December last year has led HSBC, the London-based banking group, to question the viability of carbon trading as an investment.
In the latest quarterly review of its Global Climate Change Index, HSBC said that carbon trading levels had fallen dramatically by as much as 28% since Copenhagen. The review said: “The lack of a global agreement on emissions reduction has led [the review’s] authors to question the validity of carbon trading as an investible theme.” The spot price of European Union Allowances (EUAs) is currently at €12.58 per tonne against a recent high of €14.76 in December, 2009 just as the Copenhagen conference was starting. That compares with a price of almost €29 in July, 2008. HSBC index specialist, Vijay Sumon, said: “A global agreement with specific hard targets would have allowed the carbon market to thrive; with none in place the general downward trend of carbon trading seen last year has accelerated.” HSBC said the climate change sector, as measured by its own index, had also underperformed global equities. The HSBC index was launchedin 2007, and has grown from 300 to 385 companies. A spokesman for HSBC said the comments referred to “the overall performance of the sector”, adding that the index was designed to track the performance of companies best placed to benefit from meeting the challenges of climate change. Despite the Copenhagen disappointment, HSBC said regional and country specific environment policies were shaping the pace and nature of investments, leading to pockets of both over and under performance in climate change investments. Among the winners, it said, was energy efficiency & energy management to which governments have pledged over 50% of global climate stimulus. While carbon prices have dropped, trading volumes over the last year appear to have remained buoyant. The European Climate Exchange earlier this month reported that annual trading volume had increased 82% to 5.1bn tonnes, while its partner the Chicago Climate Futures Exchange said its average daily volume had risen by 183%, year on year. Climate Exchange, which operates the exchanges, swung to a pre-tax profit of £2.15m against a loss of £2.54m in 2008.