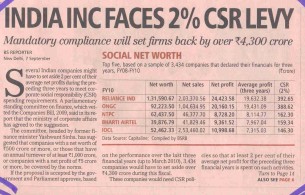 Radhika Mehrotra is an Analyst, Stakeholder Engagement at Solaron Sustainability Services in India.