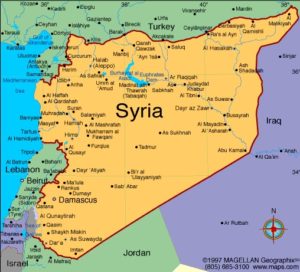 Institutional investors from the $3trn Conflict Risk Network (CRN) have called on oil firms including Royal Dutch Shell and Total to cease their operations in strife-torn Syria.

“With the collapse of primary sectors of the Syrian economy, companies in the oil sector now represent an increased and essential proportion of funding and fuel that is sustaining the Syrian government,” CRN said in a statement.

It added that reports of damage to pipelines suggest the companies may be being targeted directly due to their affiliation with the regime.“It’s time for companies to speak out against the violence in Syria,” said Constantina Bichta, Principal ESG Researcher at Boston Common Asset Management.

“The companies’ financial support of the government links them to the regime’s ongoing human rights abuses. And under the UN Guiding Principles on Business and Human Rights, companies must show they are respecting human rights and act towards mitigating human rights impacts even if they have not contributed directly to them.”

In June, peace group IKV Pax Christi called for Shell to cease its operations in Syria, arguing that the oil major was a “key associate” of the state oil company.

Melany Grout, Director of Conflict Risk Network, said: “Companies must address not just physical risks to their operations, but whether they are inadvertently aiding the perpetrator.”