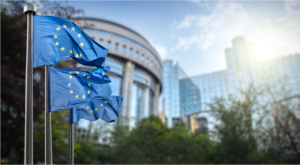 Investors and trade associations have welcomed recommendations outlined in a draft report on the proposed EU Social Taxonomy, but highlighted a range of concerns around the suggested approach.

Today, the Platform on Sustainable Finance – a group of 57 market participants, sustainability experts and public agencies convened by the European Commission to steer the evolution of the EU Taxonomy – closed its consultation on a draft report regarding the proposed social taxonomy.

The intended purpose of a social taxonomy – just like its environmental counterpart – is to establish a comprehensible and shared way of defining what a socially sustainable activity or company is.

There was a general consensus from investors that it has the potential to support investment in social sustainability and a just transition, respond to investors’ demand for socially orientated investments, address social and human rights risks and opportunities for investors, and strengthen the definition and measurement of social investment. However, several points of concern around the plans were also flagged.

Eurosif warned that identifying socially harmful activities and developing a list of sectors automatically excluded from making a substantial social contribution “might be highly controversial.”

Meanwhile, German Investment Funds Association BVI suggested that “only activities that are in any event harmful to consumers and communities should fall under this category”, for example, growing, manufacturing and selling tobacco, gambling and betting activities, and production and distribution of controversial weapons.

It also called for a more differentiated assessment for other activities like the production of clothes or cocoa. While noting these sectors can be problematic “due to the inhumane working conditions prevalent today in Asia or Latin America”, they should “not be stigmatised as generally harmful under the social taxonomy”.

Notably, strategic advisory company, PlusValue deemed the distinction between the two as “artificial and overcomplicated without any apparent gain.”

When honing in on the components individually, it claimed the list of sectors in the vertical dimension is “misleading, as it relates to public policy objectives, which are only relevant to a limited number of specialised industries. This will induce companies to pursue philanthropy and corporate social responsibility rather than embedding the social purpose in the mission of the company beyond profits.”

Mirova made a similar point regarding the vertical component, stating that it is “very demanding…sometimes excessively restrictive. More activities could be eligible in our view.”

On the other hand, the French investment manager believed that the level of requirements for the horizontal dimension was “sometimes quite low” but that its inclusion means “the taxonomy becomes more [of] an impact analysis framework rather than a mere list of activities.”

In addition, Mirova highlighted that the horizontal component should also be included in the environmental taxonomy. “We agree that the information should be treated at entity level, however this creates an asymmetry with the taxonomy for environmentally sustainable activities. The overall architecture of taxonomies should be coherent. The process / horizontal dimension should also be taken into account for the green taxonomy,” it said.

Corporate governance body Eumedion recommended the Platform initially focuses on the development of the horizontal dimension as then “the social taxonomy will make clear which type of company behaviour or activities are at risk of being detrimental to social sustainability.” It said it is concerned that a swift development of the taxonomy will be hindered by an initial focus also on positive impact, rather than creating a uniform definition or measurement of “social sustainability alone”.

Meanwhile, a range of respondents including Mirova, BVI and Eumedion said they believe executive remuneration linked to environmental and social factors in line with companies’ own targets, would be a suitable criterion for the social taxonomy.

However, Mirova noted this would go beyond the definition of a taxonomy as a list of activity and “is rather the creation of a corporate evalution standard. If (and only if) this is the objective, the architecture should therefore be confirmed and harmonised with the taxonomy on environmentally sustainable activities.”

Other investors were split on the degree of linkage between the social and green taxonomies.

Both BVI and Cardano agreed that the two should only be related through social and environmental minimum safeguards, with governance safeguards being valid for both.

Going beyond the two options, Eumedion suggested “both models should exist side by side in a complementary way, since they will serve different needs.”

On where further work was needed, Cardano suggested greater attention needed to be on ‘place-based’ social issues. “While human rights are universal, their salience may be specific to the geography or jurisdiction of the economic activity”, it said.

Also on the issue of locality, Mirova explained it may be challenging to create some consensus among the EU Member States on social issues and, beyond that, it will not be easy to encapsulate the difference of social standards between developed countries and a European approach to emerging markets.

Coordination with other EU initiatives, for example, the corporate governance directive and the revision of the Sustainable Finance Disclosure Regulation’s social Principle Adverse Impact Indicators, was stressed as crucial by Eurosif.

Moving forward, after considering the stakeholder input, the Platform will submit final reports with their advice to the Commission in autumn 2021.