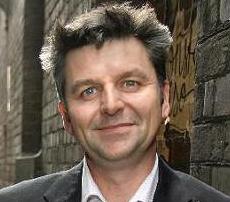 Dean Paatsch, head of Australian operations at MSCI’s ISS/RiskMetrics arm, has resigned, according to a statement released to local media.
Paatsch is the latest senior executive to leave since index firm MSCI bought risk and governance advisory firm RiskMetrics earlier this year in a $1.55bn (€1.22bn) deal. RiskMetrics president Knut Kjaer was an early departure while MSCI has said up to 80 people would be made redundant as it absorbs the acquisition.
Paatsch, 43, is a prominent critic of board and management behaviour in corporate Australia. He plans to take a sabbatical.
He co-founded governance research firm Proxy Australia before it was bought by Institutional Shareholder Services in 2005. ISS was subsequently bought by RiskMetrics before the combined group was acquired by MSCI.
“Dean has played an integral part in the success ofour Australian business and he will be greatly missed,” ISS head Steve Harvey said in the statement. The Australian governance research team would continue to be led by Martin Lawrence and Simon Connal.
Earlier this month Paatsch and Lawrence released a 40-page report that was highly critical of Australian capital raising.
“It has been a privilege working with the talented ISS team in Australia and to have made a small contribution to the protection of investors’ interests,” Paatsch said.

Meanwhile, MSCI chief executive Henry Fernandez has outlined some of the firm’s objectives in the environmental, social and governance (ESG) space. He told trade magazine Pensions & Investments in an interview that MSCI plans to “create tools for investors” to help them make ESG judgements. ESG indices would be created this year, he added.