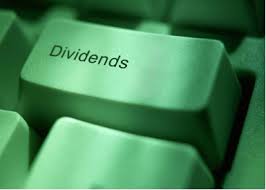 It’s emerged that at least two leading institutional investors are voting against the shareholder proposal on ‘stranded assets’ and dividend policy at Chevron today.

The proposal at the US energy giant was put forward by advocacy group As You Sow and is the subject of the first ‘Vote Your Pension’ campaign by NGOs the Asset Owners Disclosure Project (AODP) and SumofUs with the support of the International Trade Union Confederation.

Reflecting the stranded assets/unburnable carbon ideas of UK-based environmental think tank Carbon Tracker, it calls on the board to adopt a dividend policy “in light of the growing potential for stranded assets and decreasing profitability associated with capital expenditures on high cost, unconventional projects”. The proponents argue it would represent a prudent use of investor capital in light of the “changing fundamentals of carbon-constrained energy markets”.

Chevron itself advised investors to reject the motion (Item 7 on the proxy), saying it is based on a “flawed, if not dangerous, premise”. ISS, the big proxy shareholder advice firm, also recommended that investors vote against the resolution.

Now it has emerged that US giants CalPERS and the Florida State Board of Administration (SBA), who manage $307.3bn (€281.9bn) and $174bn respectively, are voting against the motion at Chevron’s AGM in San Ramon, California later today.

Michael McCauley, Senior Officer, Investment Programs & Governance at the SBA, told RI the fund “generally supports Chevron’s current dividend policy and believes the board of directors is adequately managing strategic matters including dividend distributions”. He noted that Chevron’s dividend has grown for 27 consecutive years and the compound annual growth rate of the dividend exceeded 10% between 2004 and 2014.

“As noted by one of the SBA’s external proxy advisors (ISS), Chevron’s dividend yield of 3.75% is more than double the company’s peer group median,” he continued.He added the company’s stock price performance is above both its peer and market group indices over the last five years.

CalPERS, the California Public Employees Retirement System, is also voting against the resolution, saying it regards long-term strategy and capital allocation to be the board’s responsibility. In a pre-AGM disclosure to Proxy Democracy, the largest US public pension fund said: “CalPERS believes that if shareowners do not have confidence that a board is sufficiently independent, competent and diverse to oversee long-term sustainable value creation then the board should be refreshed.”

Reacting to the news, Julian Poulter, chief executive of the AODP, said: “We always knew Chevron would be a turning point and it is – there is a remarkable split in the industry and now a new debate.

“Yes, we want boards to be accountable but that isn’t the only objective of an asset owner whose fiduciary duty is to balance risk and return. This is now a standoff with the active asset owners led by PRI Chair Martin Skancke advocating strong intervention and some big US funds wanting to let company boards govern capital.” He said he thought the big funds voting against the resolution would realise over time that “they missed an opportunity to limit wasted capital”. Vote Your Pension is today publishing the responses it has had from funds here.

Another issue up for the vote at Chevron – and its peer ExxonMobil – today is a shareholder proposal on quantitative greenhouse targets that has also been the subject of a concerted investor campaign spearheaded by the Interfaith Center on Corporate Responsibility (ICCR). Investors representing over $1trn have now committed to supporting them. They include four of Sweden’s AP funds, CCLA, the Northern Ireland Local Government Officers’ Superannuation Committee and the West Yorkshire Pension Fund, CalPERS and public funds in Connecticut, Massachusetts, New York City and Vermont alongside numerous faith investors and SRI firms.