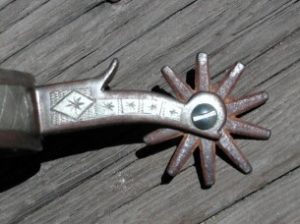 The investor-led coalition of individuals and firms keen to enhance corporate governance standards around the world, the International Corporate Governance Network, has developed a new set of standards which set a stretching benchmark for institutional investors to reach, both in terms of their own internal governance and in their responsibilities as investors in companies and markets as a whole. The Statement of Principles for Institutional Investor Responsibilities, or SPIIR, approved over the summer and to be launched formally at the start of December, is set to become a benchmark against which institutions can measure themselves and perhaps against which they will be judged. Regulators and politicians are increasing their expectations of institutional investors, and are calling on them more fully to play a role in ensuring that companies perform effectively over the long term. This tendency is particularly acute in the UK following the Kay Review, but it is a global trend. As an industry-led initiative the SPIIR may set a helpful baseline for this regulatory debate. The SPIIR tightens and advances former ICGN guidance, for the first time establishing a dozen high-level principles for institutions to measure up to. Some will be relatively easy for most mainstream investors to achieve, but others are deceptively demanding. The document notes the central importance of the fiduciary duties owed by any body responsible for another’s wealth, and presses that the logic of these duties is carried forward fully in investors’ culture and mindset.The two respects in which the SPIIR standards will be deceptively stretching for many institutions are in the area of the capacity to take decisions and carry forward fiduciary and other responsibilities, and with regard to conflicts of interest. The active debate around the issue of commission payments is a demonstration of how far the industry still needs to go in order effectively to address the challenges of conflicts of interest, and how limited the thought in this area has thus far been. Commissions are just one area in which the fund management business has failed effectively to demonstrate how the money it spends on behalf of clients is used solely for their benefit rather than a way simply to increase its own margins. Regulators are rightly challenging investors more on the issue of conflicts, and few institutions yet have full answers to those challenges. The issue of decision-making capacity is also a far from simple one. There is a basic truth that there are too many small pension schemes, too many of which are overly reliant on the advice of consultants and other service providers. In this context, it is no surprise that Kay concluded that too much power rests in the hands of the market intermediaries and too little in the hands of the asset owners. One major challenge set by the SPIIR is to suggest that institutions without sufficient scale to call their service providers to account should consider consolidation or collaboration such that they have the ability to ensure that the system works more fully in their interests. A similar requirement in the

Cooper Review has had a significant impact on investment in Australia, where super funds, growing and adding clout through consolidation, are increasingly in control and setting the industry agenda. The SPIIR standards will appear less stretching in the area of external responsibilities as these generally reflect the expectations of the various Stewardship Codes — though there will continue to be debate on whether there is as much activity in terms of stewardship of investee companies as is claimed — except in one key area. This is the call for all institutional investors to consider actively whether they need to become involved in public policy debates relevant to the investment markets and to investments themselves. At present, investor activities in the regulatory and policy fields are generally limited simply to lobbying against particular recommendationsimpinging directly on the investment business itself. Given this, it should be no surprise that markets and regulation do not always operate in the best interests of long-term investors, as the Kay Review and others have identified. This will not change – and perhaps the issue of market short-termism more generally will not change – until long-term institutions assert themselves more effectively in this way. Of all the stretching challenges that the SPIIR sets for investors, this is perhaps the toughest and the one to which most are so far least ready to rise.