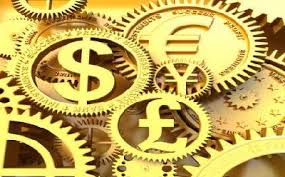 A long-term currency swap to catalyze climate finance in developing countries is one idea that is being considered by a new high-level, government funded and investor backed body called the Global Innovation Lab for Climate Finance.

The idea is that the Lab would develop – or identify appropriate players to develop – a long-term currency swap product that could be offered to project developers and local financial institutions in developing countries.

The Lab, which was launched earlier this year, would work with commercial banks and other providers to look at how to structure and price the instruments. It’s hoped that the currency swap, which is still at the concept stage, would lead to increased investment in renewable energy projects because it would improve access to more international project financing, with lower transaction costs. Another benefit is that development finance institutions would be able to supply more financing by not having to build buffers for foreign exchange rate risk.

It’s one of four ideas the Lab is taking forward for further analysis.

The others are dubbed ‘Insurance for Energy Savings’, ‘FMO Climate Development and Finance Facility’ and the ‘Agricultural Supply Chain Adaptation Facility’. The first aims to provide security to the lending bank in the short to medium term. The second, proposed by Dutch development bank FMO, would consist of an innovative combined development and financing facility. The third instrument would provide a first-loss guarantee to Multilateral Development Banks (MDBs) and/or partner agricultural corporations.

They were whittled down from an initial shortlist of 10 ideas at a meeting last month. The shortlist was generated from more than 90 submissions, which “far exceeded” expectations. It followed a call for ideas in May that went out to almost 400 individuals and organizations, including governments, investors and project developers, development finance institutions, and civil society organizations.Among the ideas not shortlisted is the ‘Renewable Energy Platform for Institutional Investors’ (REPIN), put forward by the European Investment Bank. REPIN starts with the premise that commercial banks, as main lenders, will find it difficult to maintain (let alone increase) their lending to renewable energy due to regulatory changes such as the Basel III capital adequacy rules.

According to the proposal, the new requirements will lead to shorter debt tenors and make earlier refinancing necessary. This refinancing requirement will most likely lead to a ‘refinancing premium’ as equity sponsors bear a higher risk that they cannot refinance their projects. At the same time, institutional investors are increasingly interested in long-term, index-linked and uncorrelated assets providing them with higher yields than some of the traditional fixed income investments.

The EIB is in “active discussions” with renewable energy debt providers, institutional investors and other commercial players that can help structuring the pilots. “Next steps,” it said, “will be workshops to fine-tune [the] approach and identify pilots.”

The four selected ideas will now go forward to ‘Phase 3’ of the Lab’s work to “identify, refine, and ready” new instruments for pilots. Lab members will meet in spring 2015 to endorse the top two/three instruments.

The Lab is hosted by the Venice-based Climate Policy Initiative while Bloomberg New Energy Finance is also involved in looking at the proposals, following a tender process. It is funded by the UK, German and US governments. An FAQ page is available here.