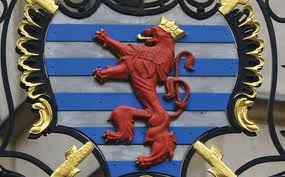 The plan, which seeks to build on the Grand Duchy’s existing expertise in microfinance, carbon and social impact funds, has the backing of both the ruling ducal family and the government.

“I believe the success of the microfinance sector can be expanded to the field of responsible investments,” said Grand Duchess Maria Teresa in an address last week at a conference organised by ALFI, the Luxembourg fund industry association.

At the event, Finance Minister Luc Frieden announced he plans to put together a stakeholder group to look at the key issue of industry definitions. He told Responsible Investor on the sidelines that this would take place “before the summer”.

“SRI is an additional tool to aid the diversification of the Luxembourg financial sector,” he said. But he called for a “coherent conceptual framework” and an action plan looking at “concrete measures”.

“What kind of legal rules and regulatory adjustments are needed to define this business?” he said, adding that Luxembourg also needed to develop a marketing strategy.As the second largest investment fund domicile in the world, the small country was in a very good position “to become the leader in socially responsible investments” and achieve something “very positive for humanity and for the Luxembourg financial services industry.”

Rival domicile Ireland has also announced it is targeting sustainable funds. Its government-backed ‘Green IFSC’ has said it wants to increase its green assets managed or serviced in Ireland from $10bn to $200bn “in the coming years”.

“We’re at the beginning of a great adventure”

ALFI Chairman Marc Saluzzi says the association has put RI at the heart of its five-year mission statement having set up a technical committee on RI last year. Saluzzi outlined an informal objective of sustainable funds accounting for 10% of fund assets over time. “We’re at the beginning of a great adventure,” he said.

It came as consulting firm KMPG released a report commissioned by ALFI into the size of the responsible funds industry in Europe. Using Lipper and other data, KPMG reckons there are 1,236 funds comprising €129.5bn in assets, although the names of the funds were not disclosed.