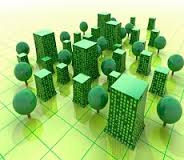 Index and ESG firm MSCI says it is currently reviewing a real estate sustainability measure it inherited with its acquisition of Investment Property Databank (IPD) three years ago.

MSCI later acquired IPD for around $125m as part of a push to provide “investment decision support tools to institutional investors across all major asset classes”.

RI understands EcoPAS has now been “mothballed”, in the words of one senior figure involved in the project, as MSCI integrates IPD. An MSCI spokesman confirmed it is reviewing EcoPAS though added no decision has been made on it yet.At launch, CBRE said its valuers would start to include the collection of data on a limited set of environmental variables relevant to asset value and investment performance in the work they do on their regular site visits.

Discussions were ongoing at the time to determine how the initiative could be “implemented more widely” across the valuation community to grow the data collected.

IPD was to gather the data at the asset and portfolio level to augment its existing offerings on investment performance.

CBRE and IPD agreed the list of variables to underpin EcoPAS with representatives of the investors, a news release at the time said.

Ian Cullen, Founding Director at IPD said at launch that it was gratifying that the industry was acting together to give the initiative “a real chance of success.”