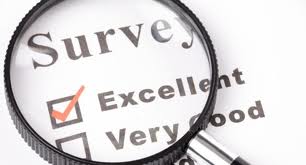 Nearly half of German institutional investors are planning to step up their engagement on environmental, social and governance (ESG) issues with the firms they invest in, a new survey released by Union Investment shows.

In the survey, 47% of the 202 investors queried last February and March said they would engage more, up five percentage points from a year ago. The investors included insurers, banks, pension funds and foundations with combined assets of €2.4trn.

The survey also found that the United Nations-backed Principles of Responsible Investment (UN PRI) is gaining traction in Germany. Twelve percent of the investors queried said they would sign up to the principles within the next year.

So far, seven asset owners have adopted the UN PRI in Germany. They are: the insurers Munich Re and Allianz, the pension fund Bayerische Versorgungskammer, the banks KfW and Landesbank Baden-Württemberg and the foundations Deutsche Bundesstiftung Umwelt and Dreilinden. This is, however, below the number in several other EU nations such as the UK and the Netherlands (27 each), Denmark (17), Sweden (11) and France (9).

Wolfgang Engshuber, the chair of the PRI Advisory Council, said there were several reasons for this, forexample the absence until last year of a network for promoting the principles and assisting German investors in understanding them.

“One has to consider that there is a language barrier, which is daunting to an investor when an avalanche of paperwork in English arrives from London,” Engshuber told a sustainable roundtable organised by Union Investment. “One can’t make heads or tails of it and gives up.”

“Germans are naturally thorough, so the investors here will want to make sure they understand completely what the principles are and are confident that they can meet the reporting demands,” Engshuber added.

The PRI recently launched its new reporting and assessment framework on a pilot basis – which will mean mandatory reporting for all asset owner and investment manager signatories after a one-year grace period.

Asked whether a fear of lower returns was a factor in German institutions’ reluctance to embrace the PRI, Engshuber said there was no basis for such fears. “There are studies which even show that by using an ESG overlay, you can enhance your performance while reducing risk,” he said.