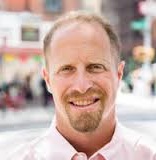 Josh Zinner of not-for-profit group the New Economy Project has been named as the new chief executive of the Interfaith Center on Corporate Responsibility (ICCR), the US faith-based shareholder advocacy group with 300 member organizations with over $100bn in assets under management.

Zinner will take on the role as of January 4 next year, taking over from Laura Berry who announced her retirement in May. She will stay on until the end of the year to ensure a smooth transition.

For the past eight years Zinner has co-directed the New Economy Project, a New York-based body that works with community groups to promote economic justice and combat discriminatory financial practices.

He founded the Foreclosure Prevention Project at South Brooklyn Legal Services where he litigated cases in stateand federal court and was at the forefront of policy campaigns to end predatory lending. And he was instrumental in the New Yorkers for Responsible Lending group. He previously worked as a social worker with the homeless. He said: “Effective corporate engagement is a critical tool for social change, and ICCR’s groundbreaking work leveraging shareholder power to promote corporate accountability is deeply inspiring.”

ICCR Board Chair Séamus Finn added Zinner joins at a “pivotal and promising time” for the organisation. He went on: “ICCR has expanded its platform and increased its membership over the past decade and the Board believes Josh is the right person to build on these achievements and contribute to the perceptive and visionary tradition of the ICCR community.”