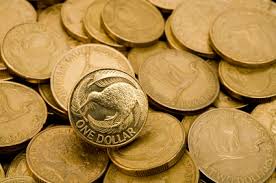 It was nine years ago that Dutch pension funds had their ‘Zembla moment’ – when they were exposed by a TV documentary for their holdings in banned weapons.

Now New Zealand’s Kiwisaver system – launched in the same year as the Zembla documentary – is facing a similar scandal.

In 2007 a Dutch current affairs show called Zembla embarrassed some of the country’s largest pension funds into withdrawing assets from cluster bomb manufacturers. The revelations prompted many funds to review their investment strategies and divest sensitive stakes in arms companies.

Zembla has since followed up the original report with further exposés of pension funds, most recently over costly pharma treatments earlier this year. It has also looked at investments in commodities.

Now, something familiar is playing out on the other side of the world. New Zealand’s media sparked off the latest scandal with an analysis of KiwiSaver funds’ holdings that found stakes in banned cluster munitions makers. The situation has now intensified with Amnesty International filing a police complaint in Auckland.

To put the unfolding scandal in context, there’s a collective NZ$28.5bn (€18bn) invested in the system with over 2.5m people (out of a population of around 4.5m) having put into the voluntary long-term savings scheme. Savers are allocated to one of nine default providers if they don’t choose a scheme. More than 500,000 people are enrolled in default schemes.

“Today Amnesty International has filed a complaint with the New Zealand Police, calling for an investigation into Kiwisaver fund managers investing client funds in the production of cluster bombs, nuclear weapons and landmines,” the campaign group said in a statement.

A raft of leading providers have been implicated in the scandal and some of the firms have announced plans to divest their holdings.

“We deserve responsibility from Kiwisaver fund managers,” said Grant Bayldon, Executive Director of Amnesty International New Zealand. “There is no acceptable justification for investing our savings in cluster bombs, landmines and nuclear weapons.”

The matter has reached government, given that KiwiSaver is a central plank, alongside the New Zealand Superannuation Fund, of its retirement income strategy.Commerce Minister Paul Goldsmith said the police are the appropriate agency to investigate fund managers’ possible violations of the 2009 Cluster Munitions Prohibition Act and other relevant acts. Let’s be clear: this is not some feel-good ‘soft law’ we are talking about here.

The 2009 act states quite clearly: “A person commits an offence who provides or invests funds with the intention that the funds be used, or knowing that they are to be used, in the development or production of cluster munitions.” Violating the act carries a prison sentence of up to seven years and it’s not clear at this stage – especially in the light of such legal clarity — how the banned investments could have crept into portfolios.

A police spokesperson told New Zealand media that the police was making inquiries with other agencies to “gather more information”.

“The reality is we have ethical investment rules in New Zealand and they should be followed in our view,” PM John Key told local TV.

A ministerial briefing document about the scandal notes that all KiwiSaver providers are required to provide a statement about whether they take responsible investment, including environmental, social and governance considerations, into account. The next steps, the note adds, is for a new investor portal to be rolled out over the next year that will aggregate investment product information – making it easier for investors to access information about their investments. But that may be too little, too late.

“Amnesty International has worked hard for years to get these weapons banned because of the appalling injuries they cause to women, children and men caught up in conflict,” said Amnesty’s Bayldon.

“As a country, we wouldn’t accept having these weapons here. We should have no part of the deep hypocrisy of inflicting the misery they bring on other people around the world.”

If Zembla was a wake-up call for Dutch funds, the situation facing some New Zealand investors could turn out even worse. You can’t do too much responsible investment best practice from a prison cell.