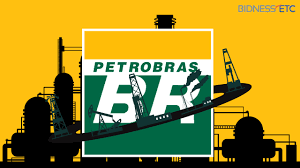 Petrobras (Petroleo Brasileiro), the semi-public Brazilian multinational energy corporation, is mired in the country’s biggest corruption scandal; Norges’ decision is based on a recommendation submitted by its Council on Ethics panel on December 21.

“Senior executives of the company and its most important suppliers have apparently for a decade organised a system of paying large bribes to top politicians, political parties and civil servants,” the Council said in its recommendation to the fund, adding that the case is still being investigated.

But if Petrobras doesn’t improve, the Council says “the condition for exclusion may be met”.

“The Executive Board has not independently considered all the details of the recommendation, but finds that there is sufficient basis to conclude that the criteria for observation have been satisfied,” Norges said in a statement. It has asked the ethics panel to observe developments at Petrobras.

Norges currently has one other company under observation, Indonesia’s Astra International. Earlier this month, Norges excluded Chinese telecoms firm ZTE over the risk of severe corruption.

Separately, Norges has drawn attention to a report
it commissioned from University of Oxford Smith School of Enterprise and the Environment on environmental risks in the value chain of thermal coal.

The analysis includes a forward-looking assessment of a number of environment-related risks facing coal companies and is part of the investor’s efforts to analyse climate change risk in its portfolio.