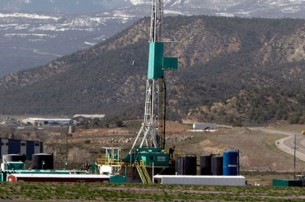 The influential pension funds of the city of New York have stepped forward to lead a shareholder battle to force Exxon Mobil, the US oil giant, to reveal data to shareholders that would show that the company is minimising the environmental impact of its shale gas ‘fracking’ operations. The five New York City Pension Funds, which collectively own $1bn of Exxon Mobil shares, are co-filing a resolution for Exxon’s 2013 annual general meeting (AGM) calling on it to report to shareholders by the end of October. The resolution is being filed with the As You Sow Foundation, a shareholder advocacy group that has been sponsoring the same resolution since 2010 with growing investor support. Last year 30% of Exxon Mobil shareholders voted in favour. The shareholders want the company to provide information on air emissions reductions, water use, and targets to reduce controversial chemicals in fracturing fluids. They are also demanding that Exxon Mobil report on any community complaints concerning its drilling sites and the action taken to resolve them. The New York funds say Exxon Mobil has repeatedly resisted giving investors relevant data despite a 2011 recommendation by The U.S. Department of Energy that companies “adopt a more visible commitment to using quantitative measures as a means of achieving best practice and demonstrating to the public that there is continuous improvement in reducing the environmental impact of shale gas production.” However, the pressure on Exxon Mobil is likely to intensify this year afteroil peer Cabot Oil and Gas Corporation this week reached an agreement to reveal the same data to shareholders following a proposed 2013 AGM resolution from the $150.1bn New York State Common Retirement Fund. That resolution has now been withdrawn from the Cabot AGM voting ballot. A total of 11 major oil and gas companies are being targeted by investors to reveal similar data. John Liu, New York City Comptroller, said of the shareholder resolution filed at Exxon Mobil: “Fracking carries significant concerns about poisoned drinking water, toxic chemical leaks, and explosions. Exxon Mobil says, ‘Don’t worry, we’ve got it covered’ and asks us to take it at its word. Until the company shows us hard data on what it has done to protect the public and environment, shareowners cannot be confident that the necessary safeguards exist.” Fracking risks to water and air quality have led to bans and moratoria on drilling in the U.S. and around the globe and the funds say any related problems could directly affect Exxon Mobil’s long-term value. They say investors require detailed and comparable information about how companies are managing the risks of natural gas extraction operations. A 2011 report by the US Investor Environmental Health Network (IEHN), called: Extracting the Facts An Investor Guide to Disclosing Risks from Hydraulic Fracturing Operations outlines best management practices and key performance indicators for companies in shale gas extraction.