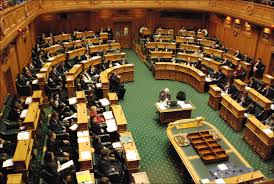 The responsible investing stance of the New Zealand Superannuation fund has come under close parliamentary scrutiny over its Portuguese banking losses, as it emerged that a Danish pension fund is also amongst investors taking legal action.

At issue was the fund’s announcement last week that it was suing the Bank of Portugal over a decision that could lead to it losing a sizeable investment made in a special purpose vehicle (SPV) created by Goldman Sachs. It revealed that it and several other investors had purchased US$784m worth of bonds issued by the Goldman SPV, known as Oak Finance. The bonds were backed by a US$834m loan that Goldman had made to Banco Espirito Santo in July 2014.

Green Party co-leader Russel Norman asked questions at the time, but now the party has probed the government directly. Shaw said: “Does Mr Joyce believe that loaning NZ$200m through a tax shelter country like Luxembourg; using a shell company like Oak Finance, which was created by a US investment bank like Goldman Sachs; to a Portuguese bank like Banco Espirito Santo, which collapsed amid accusations of fraud and tax evasion; to help a Chinese company now under investigation for bribery, working for the Venezuelan State Oil Company, is a good example of the Fund living up to its responsible investment commitments?”Joyce replied: “I think on the whole the Parliament would probably be supportive of the returns that the fund has been making. That obviously comes with some risk — all investment does — but we would expect that the Superannuation Fund would learn any lessons that should be learnt from this particular investment outcome.”

Shaw also asked about the fund’s investments in fossil fuel companies, which he said were “directly contributing to the disappearance of small island States and the displacement of millions of people” and whether the were “good example of the Superannuation Fund living up to its Responsible Investment Framework commitments?”.

Joyce replied: “The simple fact of the matter is that fossil fuels are a part of our daily life and actually a part of the investment scene internationally, and I think we have to be very careful about the suggestion that we should start telling the Superannuation Fund not to invest in a whole range of things because of the political views of certain parties in Parliament.”

The grilling came as it emerged that the pension fund of Danish telecoms firm TDC is one of the investors that has joined NZ Super in suing the Bank of Portugal.

Other investors involved include Andorra’s ANDBank; Silver Point Capital, a hedge fund set up by two former Goldman executives; and five investment firms that are suing Argentina over its 2001 bond default. The investors are represented by the London-based law firms of Akin Gump and Quinn Emanuel Urquhart & Sullivan and PLMJ, a law firm in Lisbon. Link