Responsible Investor
Home Asset classes The new wave of US ESG investing: SRI is not getting active...
Return to search
Environmental 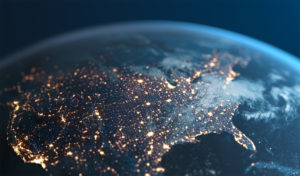 This year’s RI Digital: USA 2020 conference, takes place on December 2-3. The conference is free to attend.

Bill Davis, Managing Director of Stance Capital, the $120m Boston-based investment manager, says the onset of COVID after Q1 threw up an interesting, leftfield observation on companies both in and out of its portfolio: sick pay.

“Our ESG screens weren’t built with a global pandemic in mind. But there was a risk to performance in companies where workers aren’t paid enough and they don’t have paid sick leave, so they keep working. Then they infect everyone else, the factory has to shut down and they don’t make their numbers. So we decided to learn more about company practices around paid sick leave so we could potentially incorporate this as a risk factor moving forward.”

Davis reached out to Corporate Knights, the media/research company, who produced a study on the paid sick leave practices in the largest 500 companies in the US as well as other companies globally.

Davis adds: “One of the other things that is obvious from that research is that this is an opportunity for investors to talk to companies about their sick leave practices.”

Davis founded Stance Capital with this investment/social research angle at its core; to demonstrate, he says, that it’s possible to align capital with values without sacrificing performance.

The firm has stuck critique of SRI investing on its masthead, claiming that many portfolio managers are not adequately active for the fees being paid, and not properly implementing risk efficiency, which Stance says is a large, potential source of out-performance.

“Prior to what has become known as ‘ESG investing’, the alternatives were decidedly concessionary. ESG investing developed out of socially responsible investing. The SRI industry was only able to accumulate around $20bn in assets over a very long time horizon, because, as it turns out, there’s only so many people who were willing to accept a performance difference in exchange for values alignment.”

Davis felt that the SRI industry was built around shareholder engagement rather than portfolio construction, so he took a different track: “If you build portfolios the right way, you should be able to achieve better performance with less downside risk.

He says the idea of better performance with less risk should hold true no matter what the investor’s values are: “Not everyone’s values are the same. So, as this concept of values-aligned investing evolves, investors will want portfolios based on sustainable agriculture, or gender equity, or human rights.” Davis says Stance is building an approach to portfolio construction capable of outperformance regardless of what the ethical preferences of the investors happen to be.

“Seven years ago it [ESG investing] was a pretty lonely place to be,” continues Davis. “And, even for most of the past five years, ESG has been more talk than action. Our flagship product, Stance Equity ESG Large Cap Core, is a domestic, large cap, core ESG strategy, in which we only invest in members of the S&P 500.”

He explains that the focus on large cap companies was data driven because few companies were filing CSR data seven years ago, but that the largest companies were likely to be the first, “pushed towards transparency” by activist shareholders.

Davis says he believes the firm is different in three ways: “The first is we are core (mix of growth and value) and most ESG products are growth-oriented. The reason there is so much of a growth focus in the ESG space is that older industries tend to have legacy ESG issues, while younger tech companies have fewer legacy diversity and environmental problems, for example.

“Second, we are quantitative; the benefit is that, as clients exercise ethical preferences, we are able to easily modify portfolios around these preferences.”

He says the third difference is that we have a very low down-capture [a portfolio's return as a percentage of the market's return when markets are falling], around 67%, which, he says, is unusual in ESG investing: “One reason is that we have less tech exposure than a typical ESG portfolio. Even though we are underexposed to the one sector of the economy that is providing the largest returns, we’ve managed to outperform the market.” Davis said the firm had generated around 230 basis points of annualised outperformance over the S&P 500 over the last 6.75 years, and had performed well against peer ‘core’ funds.

Davis says a key component of the firm’s portfolio construction is a risk-efficiency optimisation process: “We think over half of our performance edge has nothing to do with ESG, but rather our ability to predict future relationships between positions in our portfolio.”

In its approach to ‘factor’ assembly, companies must pass three hurdles, only one of which is an ESG hurdle: “Apple is excluded from our portfolio right now for ESG reasons related to European trade practice fines,” he says.

“P&G, on the other hand, currently passes our ESG screens but fails our fundamental test. And finally, Adobe, which passes both our ESG and fundamental tests, fails in our risk-efficiency calculations and is excluded.”

How does a small firm get sales and marketing presence?

Stance has been using partnerships to overcome the distribution problems encountered by newer managers. It was recently selected to be a sub-advisor to an actively managed, semi-transparent ETF launched by Red Gate Advisors. And last summer, Natixis Investment Managers and Gitterman, the ESG investment manager, teamed up to launch the first tax-managed ESG UMA [unified managed account]. In the US, Stance was selected to be the large cap core manager of that product, whose other investment managers include established firms such as Wellington and Alliance Bernstein.

Prior to these recent partnerships, Stance’s business model was as a sub-advisor to other registered investment advisors (RIAs) on large asset management firms’ platforms like Charles Schwab, TDAmeritrade and Fidelity. “It’s very hard to grow this way though,” says Davis. “Doing model delivery for Natixis and others, and having a ticker symbol is very important.”

Davis says clients come to Stance either because they’re new to ESG, or are looking for a non-growth ESG strategy, or “they are looking for strong risk-adjusted performance in US Large Caps”.

“Most of our investors are individuals, families, endowments and institutions,” he says, “and I define institutions not as another RIA or broker-dealer. We only have about 5% of our assets that are truly institutional, which is unusual because the institutions are actually leading the charge in ESG. But, as an emerging manager, it’s been hard to get allocations here. We started the year at $50m in assets and we expect to end the year at $120m; so we have started to see real flows into the space.”

Asked where the money was coming from, Davis says much of the push for impact has been led by (private equity) LPs [limited partnerships]: “They are now interested in retooling their portfolios around lower carbon, more inclusive economies. That’s part of it, but it’s also partly that entire industries are going to be created that are going to be bigger than any other industries previously created, and these are industries in the sustainability and impact fields.”

Davis also notes that there are currently big shifts in investment strategies as more investors realise that a transition from fossil fuels to renewables becomes inevitable. “There are traditional VC [venture capital] and PE [private equity] firms that have been focused on traditional extractive industries that are thinking to themselves: how are we going to manage this migration to less carbon intensive businesses. And big institutional pools of capital are the ones generally providing LP capital to these funds: that includes everyone from CalPERS to the Teacher Retirement System of Texas.”