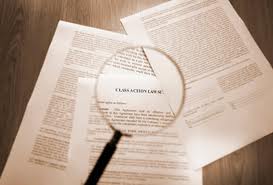 A group of pension funds including the €13.4bn scheme of Dutch electronics firm Philips and the $10bn (€7.4bn) Arkansas Teacher Retirement System (ATRS) have had their putative class action suit against US insurance and investment giant Hartford Financial Services thrown out.
The investors had accused Hartford of misstating and falsely inflating its capital position in 2008.
But a New York federal judge this week ruled that the firm’s SEC filings didn’t support the funds’ position.
“Plaintiffs’ entire theory of liability rests on the assertion that defendants were overvaluing sold ABS [asset-backed securities] throughout the class period, and therefore must have been overvaluing retained ABS as well,” the ruling said.
“However, our exploration of this claim … persuades us that plaintiffs’ assumptions are faulty.”
US District Judge Naomi Reice Buchwald was critical of the investors for basing their case on a “unilateral, and ultimately unsupported, interpretation of the Hartford’s insurance filing”.The Arkansas fund was a plaintiff in the action alongside the City of Monroe Employees’ Retirement System and the Birmingham Plumbers and Steamfitters Local 91 Pension Trust.
Stichting Philips Pensioenfonds, the State Universities Retirement System of Illinois and the Oklahoma Firefighters’ Pension and Retirement System are listed as ‘movants’ in the case.
The funds were represented by law firms Labaton Sucharow, Patterson & Roach and Kessler Topaz Meltzer & Check.

Earlier this year ATRS begun a class action case against State Street relating to foreign exchange (FX) trading. The fund said the custody giant “maintained an unfair and deceptive practice whereby FX transactions are conducted so as to maximize profits to State Street … at the expense of a substantial segment of its custodial customers”.